Neymar out for six to eight weeks 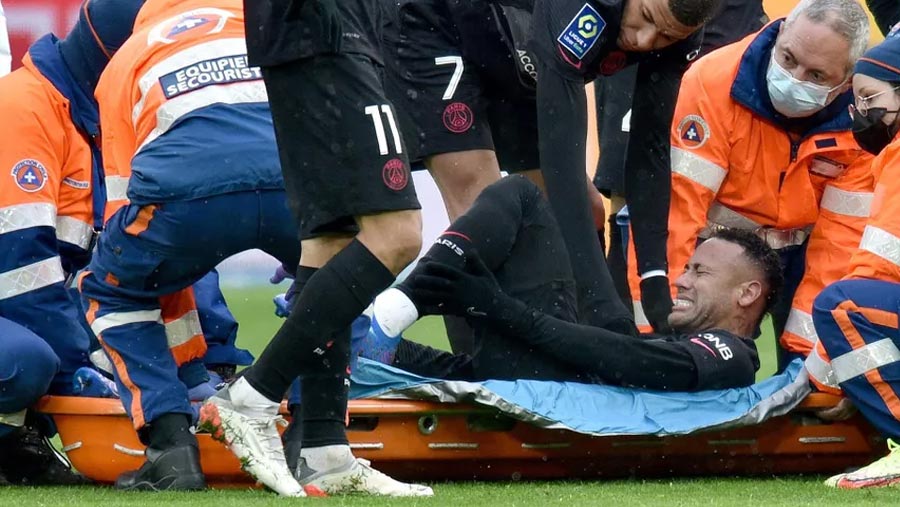 Paris Saint-Germain have announced that Neymar will be out of action for up to two months with an ankle injury. The Brazilian forward was injured when he was caught by a heavy challenge in the weekend’s game against St Etienne, won 3-1 by PSG.

In an update given by his side, they gave information on Neymar and several other first-team players.

Practical examinations yesterday evening confirm that Neymar is suffering from a sprain on his left ankle with ligament damage. It is expected that he will be out for between six and eight weeks. A new examination will be made in 72 hours.

There are also minor concerns for Verratti, Icardi, Wijnaldum and Herrera, while Draxler is expected to return to training in two or three weeks.

Neymar’s absence covers PSG’s next game against Nice and their Champions League tie against Club Brugge. PSG are already assured of finishing second in Group A behind Manchester City.

Ligue 1 has a Christmas break of around a month which will take up some of the striker’s absence, and with the knockout stages of the Champions League starting in mid-February, he may not miss the last-16 ties.