Aviation, tourism gets speedy growth due to PM: Tourism Minister 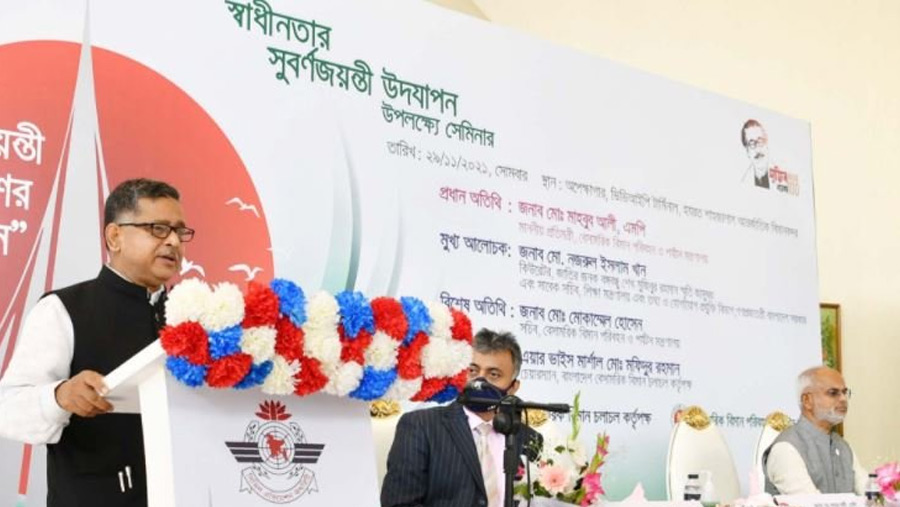 State Minister for Civil Aviation and Tourism M Mahbub Ali on Monday (Nov 29) said the country's aviation and tourism sectors witnessed a rapid growth with huge investments in recent years due to the visionary leadership of Prime Minister Sheikh Hasina.

“Development work is now undergoing to modernize the country’s aviation infrastructures, besides, for the collective improvement of tourism industry the tourism master plan is also on the card,” he said.

The state minister was speaking as the chief guest at a seminar titled “Golden Jubilee of independence and achievements of Bangladesh” organized by the Bangladesh Civil Aviation Authority (CAAB) at Hazrat Shahjalal International Airport, said a press release.

The state minister said all the great achievements of Bangladesh since independence came through the Father of the Nation Bangabandhu Sheikh Mujibur Rahman and his daughter Prime Minister Sheikh Hasina.

"Bangabandhu gave us an independent country and under the leadership of Prime Minister Sheikh Hasina, we have achieved a developing country – Bangladesh," he said.

Bangladesh is now one of the top five fast-developing countries and now the country is one of the development wonders in the world with an average per capita income of US$ 2,554, he added.