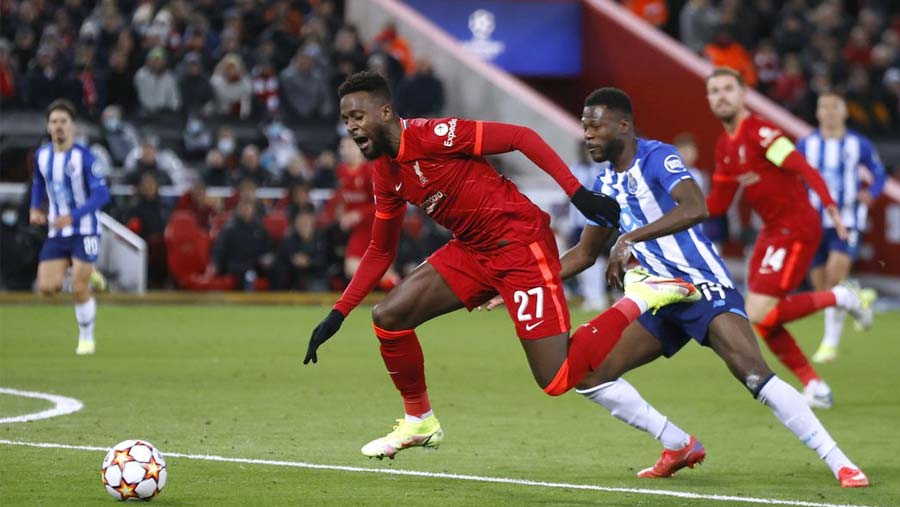 Liverpool maintained their 100% record in the Champions League this season by seeing off Porto at Anfield. Jurgen Klopp's men, who had already secured top spot in Group B and a place in the knockout stages after winning their first four games, picked up another three points against the Portuguese side.

Second-half goals by Thiago Alcantara and Mohamed Salah earned a below-strength Liverpool a 2-0 win over Porto to maintain their 100% record in Champions League Group B on Wednesday (Nov 24).

Porto, who started the day second in the group behind already-qualified Liverpool, wasted numerous first-half opportunities and were made to pay a heavy price.

Their record against Liverpool now stands at played 10, drawn three and lost seven.

Liverpool, with the likes of Virgil van Dijk and Jordan Henderson rested, went ahead through Thiago's stunning low strike in the 52nd minute before Salah made the points safe with a clinical finish in the 70th.

Juergen Klopp's side have a maximum 15 points from their five matches and matched a remarkable record as they became the first English club to score two goals in 16 successive games in all competitions since Wolverhampton Wanderers in 1939.

Porto retain hopes of joining Liverpool in the last 16, however, as they hung on to second place with five points thanks to Atletico Madrid's 1-0 home defeat by AC Milan.

Porto host Atletico in their final match in the group with Milan hosting Liverpool.