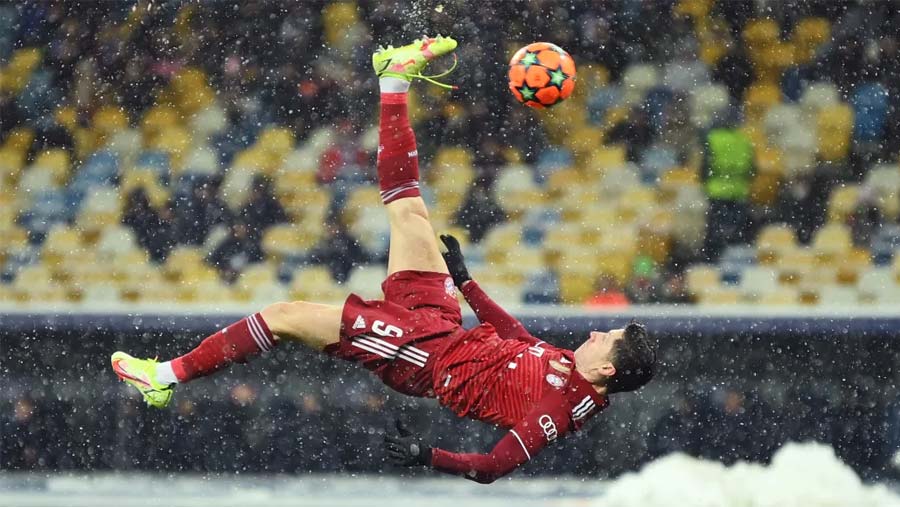 In bitterly cold, snowy conditions the visitors coped well, keeping Dynamo at arm's length in the first half and sailing into a two-goal lead. A second-half strike for the hosts did cause some anxiety, but the injury-hit German champions managed to hold on.

After one early scare Bayern began to dominate proceedings and they got the breakthrough in the 15th minute, Lewandowski reacting smartly in the box before producing a picture-perfect overhead kick to open the scoring.

Throughout the opening period the visitors were on top and they eventually grabbed a second just before the break. Corentin Tolisso sprayed a sumptuous cross-field ball which was neatly dummied by Thomas Muller, allowing Kingsley Coman to finish clinically at the back post.

Bayern continued to cruise in the second half, with Julian Nagelsmann making what changes he could to preserve his troops for the challenges to come.

However, Dynamo set up a tense finish when Denys Garmash was played through and finished confidently to make it 2-1.

Despite a few more close saves before full-time Bayern were able to hold on to secure their fifth win out of five games in Group E.