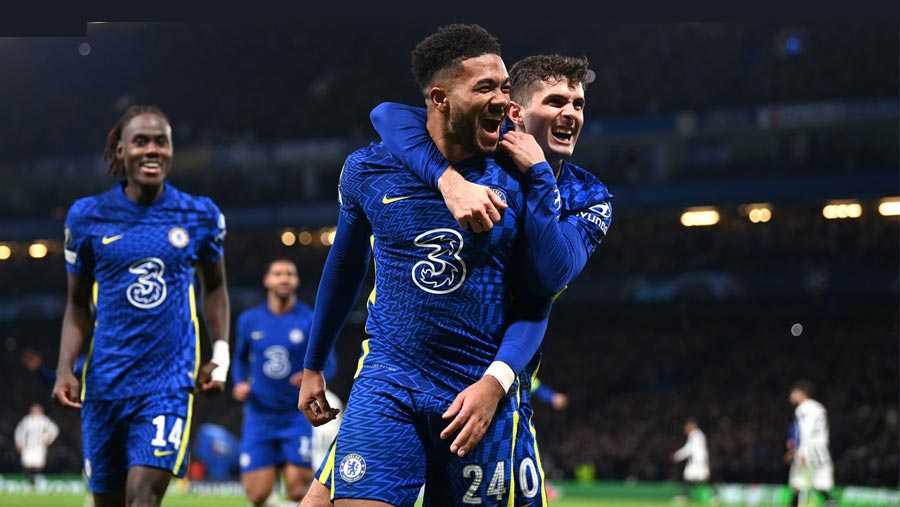 Chelsea claimed a thumping 4-0 victory over Juventus thanks to goals from home-grown trio Trevoh Chalobah, Reece James and Callum Hudson-Odoi and a fourth by Timo Werner to top UEFA Champions League Group H and cruise into the knockout stage. European champions Chelsea took control from the outset and never relaxed as they booked their place in the last 16.

Chelsea romped into the last 16 and to the top of Group H with an impressive 4-0 thrashing of Juventus at Stamford Bridge on Tuesday (Nov 23).

Thomas Tuchel's men knew that qualification would be secured if they could avoid defeat or if Zenit Saint Petersburg failed to beat Malmo.

The Blues dominated the early stages and took the lead through young defender Trevoh Chalobah's third goal of the season.

Chelsea's defenders were consistently a menace from set-pieces, and Thiago Silva saw a header saved by Wojciech Szczesny early in the second period.

It was a defender who doubled Chelsea's lead in the 56th minute. England right-back Reece James hammered a fine volley into the bottom corner to net for the fifth time already this term.

There was still time for Timo Werner, making his first appearance since an injury layoff, to come off the bench and score in added time.

"We did really well, it is so tough to score goals against Juventus and we created so much," said Tuchel. "Full credit for an amazing performance and a fantastic result."

Zenit drew 1-1 with Malmo to secure a spot in the Europa League knockouts.