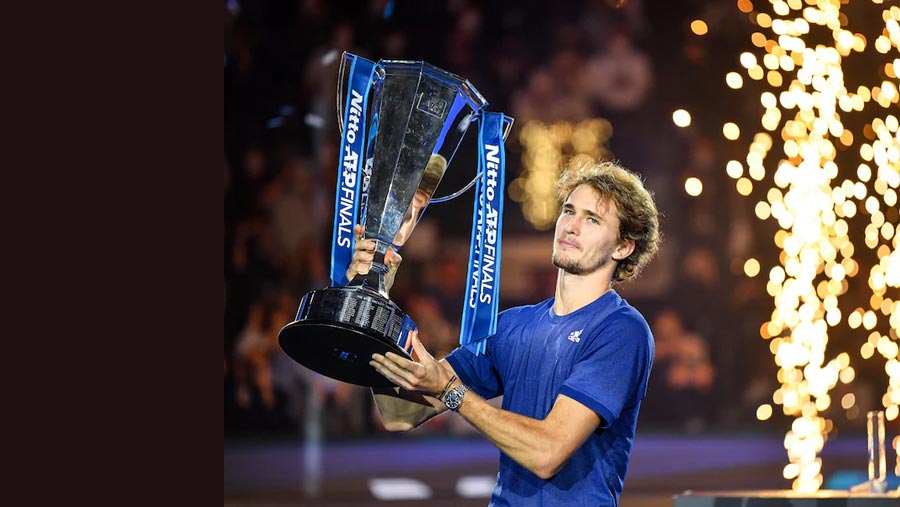 Alexander Zverev captured his second ATP Finals title after producing a brilliant performance to defeat Daniil Medvedev 6-4, 6-4 in Sunday's (Nov 21) final in Turin. Zverev, the Olympic singles gold medallist in Tokyo, won his tour-leading sixth trophy of the season and ended a run of five straight losses to defending champion Medvedev. The German third seed broke once in each set as he swept US Open winner Medvedev aside in 75 minutes to add to the season-ending crown he won in 2018.

"It was great, I won the ATP finals against someone I'd lost to five times in a row so I had to play one of my best matches," said Zverev.

"I'm happy with that and ready to go on holidays with this win now."

"There's no better way to end the season than winning here so obviously I'm incredibly happy. But I'm now very much looking forward to next year already."

An event this year missing both Roger Federer and Rafael Nadal, the ATP Finals have proved the breakout stage for tennis' new generation with the Grand Slams still largely beyond their reach.

This first final since the tournament's relocation from London was also the first to feature two players aged 25 or younger since 2005.

Zverev, conqueror of Novak Djokovic in Saturday's semi-finals, landed the first blow against Medvedev by breaking for a 2-1 lead in the first set.

The Russian avoided further damage by saving another break point in game five but Zverev barely gave Medvedev a sniff, winning 20 of 25 points on serve to take the opener.

Zverev broke again at the start of the second set and held serve throughout, sealing victory with an ace out wide to avenge his round-robin loss to Medvedev and earn an ATP-best 59th match win of the season.

He is the fourth player in tournament history to earn semi-final and final wins over the top-two ranked players, and first since Andre Agassi in 1990.