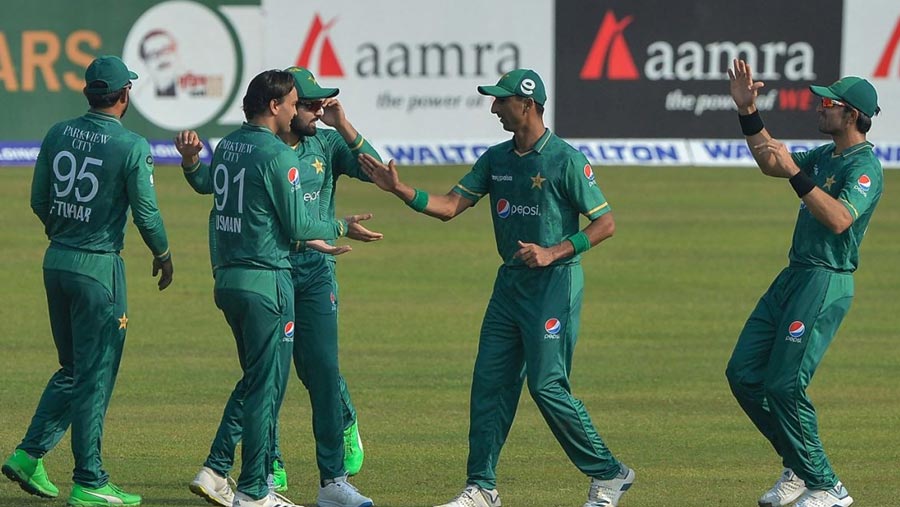 Pakistan beat Bangladesh by five wickets in the Twenty20 International to complete a 3-0 sweep in a three-match series in Dhaka on Monday (Nov 22). Set 125 to win, Mohammad Nawaz sealed the contest with a boundary off the final delivery at the Sher-e-Bangla National Cricket Stadium.

Pakistan completed a clean sweep over Bangladesh in their Twenty20 series, winning the third and final game by five wickets after a thrilling last over on Monday (Nov 22).

The Tigers totalled a mediocre 124-7 on a two-paced wicket that had variable bounce, but a slow approach meant Pakistan needed eight runs off the final six balls.

Captain Mahmudullah came on to bowl his only over of the day and dismissed Sarfaraz Ahmed and Haider Ali in consecutive deliveries before Iftikhar Ahmed smashed a huge six off the fourth ball, denying him a hat-trick.

With two runs needed off two balls, Iftikhar went for glory but ended up being caught for six at backward point. New batsman Mohammad Nawaz then hit a four through extra cover to take Pakistan home.

Mahmudullah finished with 3-10 from his solitary over.

“The pitch was a tricky one,” player of the series Mohammad Rizwan said. “Whenever you play away, you get on different kinds of pitches. But we try to stick to our process.”

Earlier, Haider and Rizwan had put on 51 for the second wicket for Pakistan.

Paceman Shohidul Islam, making his debut, picked up his first wicket by removing Rizwan for 40. But Haider appeared to be in full control, hitting 45 in 38 balls with three fours and two sixes before falling.

Dhani took a wicket in his first over by removing Najmul Hossain Shanto for five. Mohammad Naim ended up as the top-scorer for the home team with 47 off 50 balls.

“Batters from both sides struggled,” Mahmudullah said. “You need to spend time at the crease before you can capitalize. Naim batted well.”

Pakistan won the first game by four wickets and the second by eight wickets.