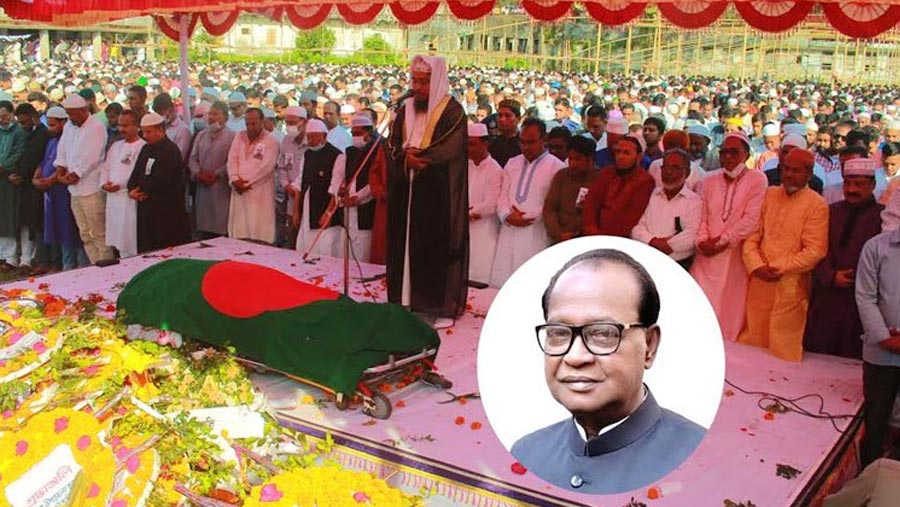 Before his second Namaz-e-Janaza after Asr prayers, a guard of honor was given to valiant freedom fighter Ekabbar, also chairman of the Standing committee on the Ministry of Road Transport and Bridges Ministry in the current parliament. District and upazila administrations, ruling Awami League, BNP, Jatiyo Party, Mirzapur Press Club and different social organizations paid glowing tributes to Ekabbar, also Mirzapur Upazila Awami League president, by placing wreaths on his coffin.

Ekabbar breathed his last at Combined Military Hospital, Dhaka on Tuesday afternoon at 65. According to the family sources, he was suffering from kidney related diseases.

Born on Jul 12, 1956 in Postkamuri village under Mirzapur upazila, Ekabbar made his debut in politics joining Bangladesh Chhatra League, student wing of the Awami League, while studying in the Government Titumir College in 1973. He was the general secretary of the college unit of Chhatra League.

In 1976, Ekabbar was the general secretary of Mohsin Hall unit of Chhatra League of Dhaka University, and in 1978, he was the president of the same hall unit of the organization.