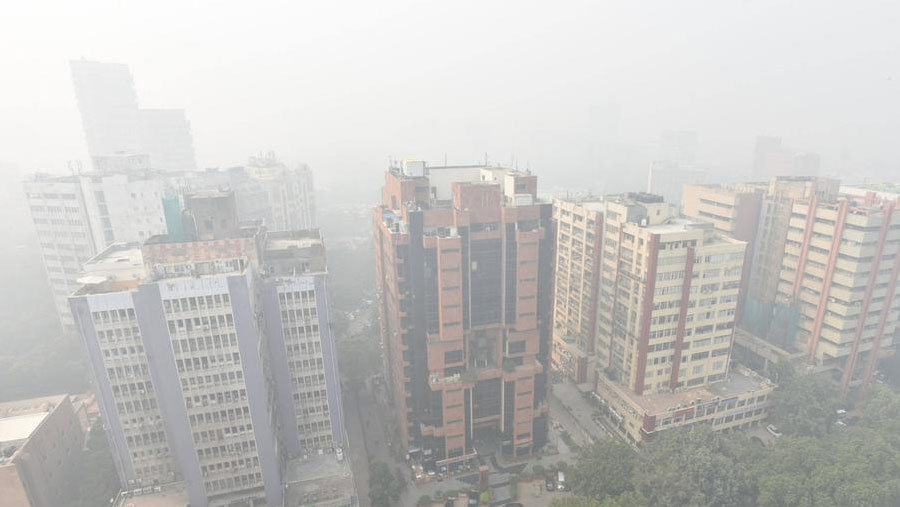 The home to some 20 million people, Delhi is cloaked every winter in a thick blanket of smog. On Saturday (Nov 13), the Delhi government had ordered schools to close for a week and banned construction work for four days. But in an order passed late Tuesday, the Commission for Air Quality Management for Delhi said all education institutions should remain shut until further notice.

Authorities in the Indian capital, Delhi, have shut all schools and colleges indefinitely amid the worsening levels of air pollution. Construction work has also been banned until Nov 21 but an exception has been made for transport and defence-related projects. Only five of the 11 coal-based power plants in the city have been allowed to operate.

A toxic haze has smothered Delhi since the festival of Diwali. The levels of PM2.5 – tiny particles that can clog people's lungs – in Delhi are far higher than the World Health Organization's (WHO) safety guidelines. Several parts of the city recorded figures close to or higher than 400 on Tuesday (Nov 16), which is categorised as "severe".

A figure between zero and 50 is considered "good", and between 51 and 100 is "satisfactory", according to the the air quality index or AQI.

Some schools had already shut last week because of pollution and the Delhi government said it was mulling over a lockdown to improve air quality as dense clouds of smog engulfed the city.

A mix of factors like vehicular and industrial emissions, dust and weather patterns make Delhi the world's most polluted capital. The air turns especially toxic in winter months as farmers in neighbouring states burn crop stubble. And fireworks during the festival of Diwali, which happens at the same time, only worsen the air quality. Low wind speed also plays a part as it traps the pollutants in the lower atmosphere.