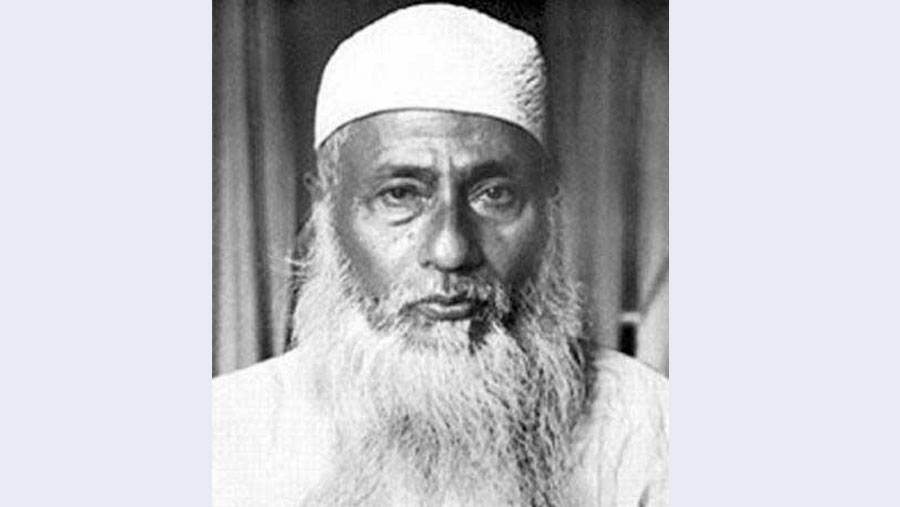 The 45th death anniversary of politician Maulana Abdul Hamid Khan Bhasani is being observed today in the country in a befitting manner. Maulana Bhasani, popularly known as "Majlum Janoneta" (the leader of the downtrodden), passed away on Nov 17 in 1976.

Marking the day, different programmes, including placing wreaths at Bhasani's grave in Santosh of Tangail, discussions and Doa Mehfils, have been taken to observed the day in the capital and at Santosh in Tangail.

Prime Minister Sheikh Hasina issued a message on the occasion of the 45th anniversary of death of Maulana Bhasani, paying glowing tributes to the late legendary political figure of the country, local media reported.

The premier said Maulana Bhasani had worked throughout his life for establishing the rights of the working-class people. Maulana Bhasani was always vocal against repression-oppression of Pakistani rulers, she said, adding that Bhasani played an important role in flourishing Bengali nationalism.

"Maulana Bhasani had ideological alliance and political closeness with Father of the Nation Bangabandhu Sheikh Mujibur Rahman. Bhasani struggled for an oppression and deprivation free and progressive, democratic and non-communal Bangladesh," the PM added.

Sheikh Hasina prayed for eternal peace of the departed soul of Maulana Bhasani.

Abdul Hamid Khan Bhasani, born in 1880 in Dhangara in Sirajganj, was the son of Haji Sharafat Ali Khan. He gained immense popularity among peasants. He is regarded as the proponent of secular and left-leaning politics in Bangladesh.