Transport strike called off after re-fixing of bus fare 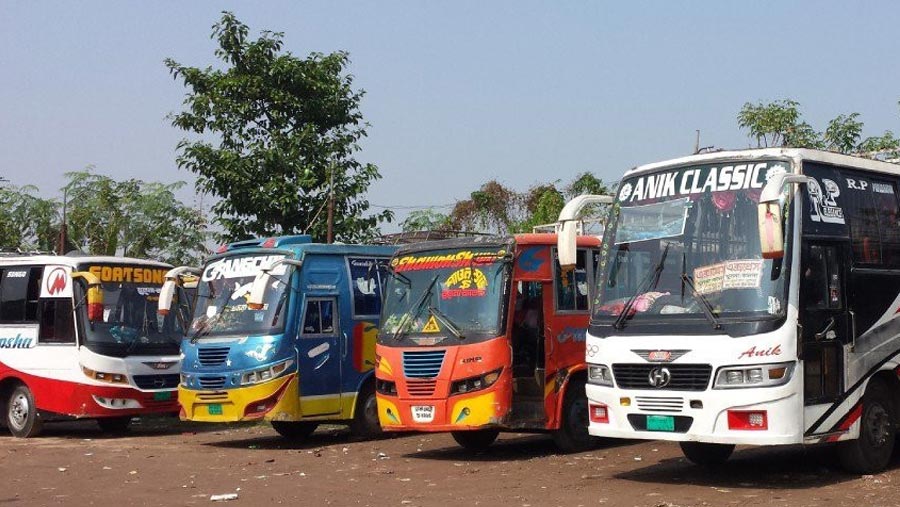 The transport association enforced the indefinite strike of public transport, trucks and lorries from Friday (Nov 5) morning with the demand of re-fixing bus fare.

The strike was called off following a meeting between Bangladesh Road Transport Authority (BRTA) and leaders of transport owners' association.

Road Transport and Bridges Ministry issued a press release re-fixing the fare of bus and minibus.

According to the re-fixed fare, diesel-run inter-district and long-route buses and mini-buses can realize maximum Tk 1.80 fare for per kilometer from every passenger which is now Tk 1.42. So, Tk 0.38 has been increased for per kilometer bus fare.

Per kilometer Tk 2.05 fare has been re-fixed for both buses and mini-buses in districts under Dhaka Transport Coordination Authority (Narayanganj, Munshiganj, Narsingdi, Gazipur, Manikganj and Dhaka) for every passenger.

Petrol, octane and gas-run vehicles will not be under the purview of the extended fare.

The new fare rate will be effective from Monday (Nov 8).