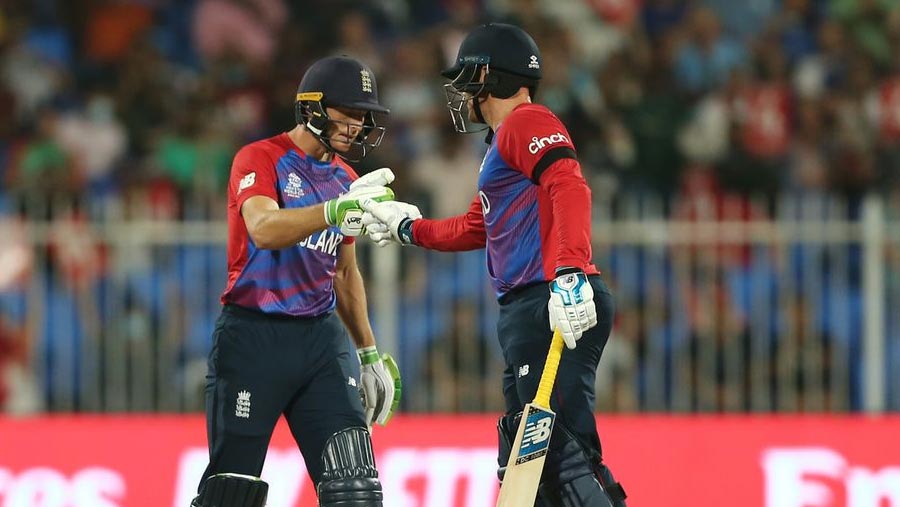 Former champions England sailed into the semi-finals of the Twenty20 World Cup despite their 10-run loss to South Africa on Saturday (Nov 6) with Ashes rivals Australia also making the last four from Group I. Kagiso Rabada's final over hat-trick came too late for South Africa who lost out to Australia on net run-rate count after the three sides ended with eight points from five matches.

England qualified for the semi-finals of the Men's T20 World Cup despite a 10-run defeat by South Africa in Sharjah.

Chasing 190, England needed 14 from the final six balls but Kagiso Rabada began the over with a hat-trick, having Chris Woakes, Eoin Morgan and Chris Jordan caught in the deep.

Although they inflicted a first defeat of the tournament on England, South Africa's failure to limit them to 131 or fewer meant Australia reached the last four at the Proteas' expense.

Perhaps significantly, England lost opener Jason Roy to what appeared to be a serious calf injury. He looked close to tears when forced to retire hurt and was using crutches after the game.

In an entertaining game full of wonderful striking, Rassie van der Dussen made a brilliant 94 not out from 60 balls in South Africa's 189-2, sharing an unbroken 103-run stand with Aiden Markram, who scored 52 not out from 25 deliveries.