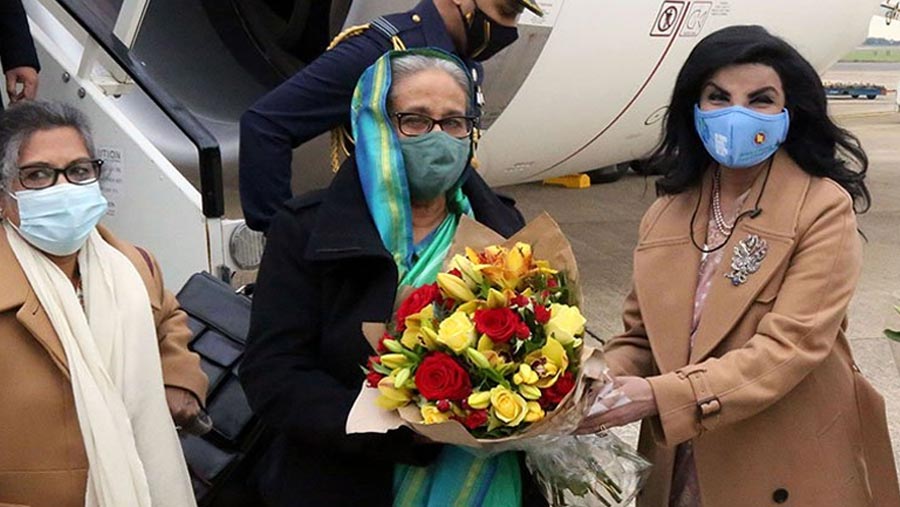 Prime Minister Sheikh Hasina has arrived in London on Wednesday (Nov 3) afternoon from Glasgow after attending the World Leaders' Summit at COP26 and other high-level events.

Bangladesh High Commissioner to the UK Saida Muna Tasneem received the PM at the airport.

Earlier on Oct 31, Sheikh Hasina arrived in Glasgow on a two-week visit to the United Kingdom and France to attend the world leaders' summit and other high-level events.