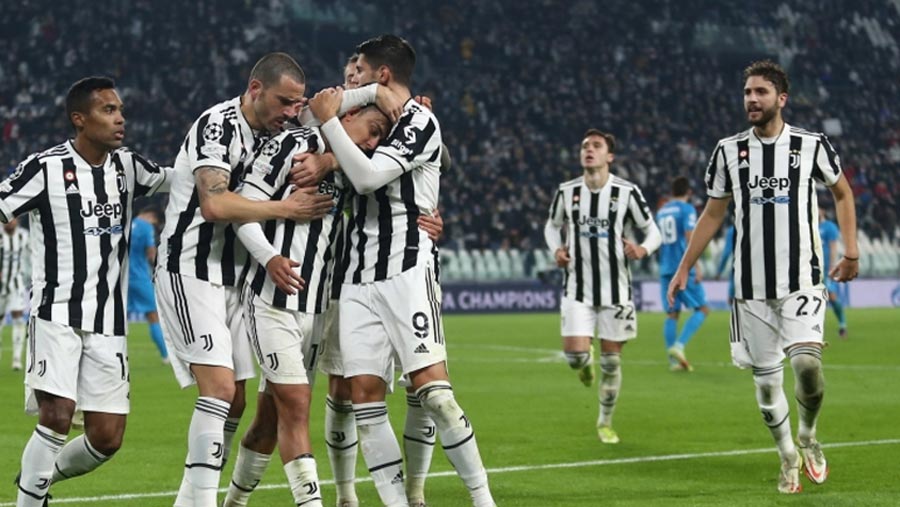 Juventus sealed their place in the last 16 of the UEFA Champions League with a comfortable 4-2 win over Zenit St Petersburg in Turin on Tuesday (Nov 2).

Juventus beat Zenit St Petersburg with a sparkling display to confirm their qualification to the knockout stage of the UEFA Champions League.

Argentine forward Paulo Dybala scored twice and picked up an assist in Turin. His excellent half-volley gave Juve a first-half lead but defender Leonardo Bonucci then headed into his own net.

Dybala made it 2-1 from the spot when Federico Chiesa was clipped and the Italian winger added a third himself, before Alvaro Morata netted a fourth.

Zenit forward Sardar Azmoun scored a late goal in stoppage time to soften the damage but Juve's attacking quality proved far too much in Italy.

Dybala and Chiesa were sublime throughout and the Argentine could have scored a hat-trick before he was substituted to a standing ovation in the second half.

He was fortunate when his initial penalty miss was retaken because of encroachment, but he was nerveless as he slotted it into the bottom-right corner.

Morata also had a goal ruled out for offside in the first half but was rewarded for his tireless efforts when he was played in by Dybala for Juve's fourth.

It means they progress from Group H with four wins from four, while Zenit sit third on three points.