Biman to resume flights to Kuala Lumpur from Tuesday 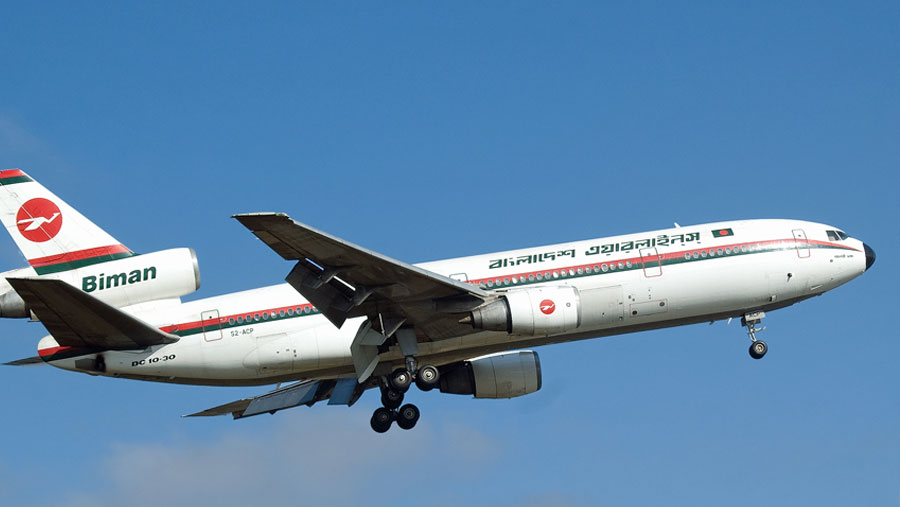 Biman Bangladesh Airlines has decided to resume its direct flights on Dhaka-Kuala Lumpur-Dhaka route from Tuesday (Nov 2) after six months suspension due to Covid-19 pandemic.

Biman to restart commercial flights to Kuala Lampur from Dhaka every Tuesday, Thursday, Friday and Sunday as Malaysian government has decided to allow entry of Bangladeshi nationals in its territory, according to a Biman press release, issued on Sunday.

Meanwhile, the national flag carrier will restart direct flights on Sylhet-Cox's Bazar route from Tuesday according to its winter schedule. Besides, the carrier has also decided to increase its flight frequency on newly commenced direct Saidpur-Cox's Bazar-Saidpur route to two flights instead of current one flight in a week.