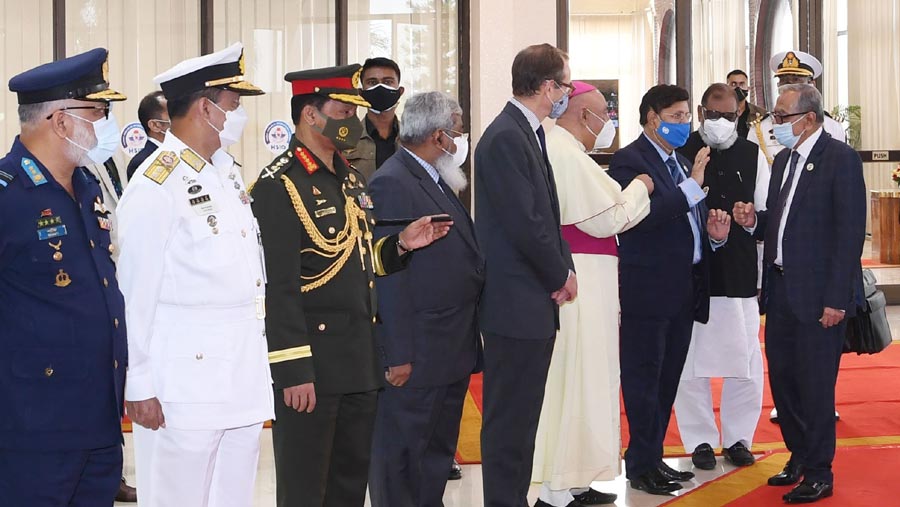 Earlier, the head of the state left London Heathrow Airport for Dhaka at 5:50 p.m. (London time) yesterday. Bangladesh High Commissioner to the UK Saida Muna Tasneen and senior officials of Bangladesh Mission in London saw the President off at the airport.

On Oct 9, the President along with his wife Rashida Khanam and other entourage members departed from Dhaka for Germany's capital Berlin. He later reached London from Berlin on Oct 19.

The 77-year-old President has been suffering from Glaucoma for long.

He used to have his health checkup in London and Germany while he was the Speaker in the Jatiyo Sangsad (National Parliament).