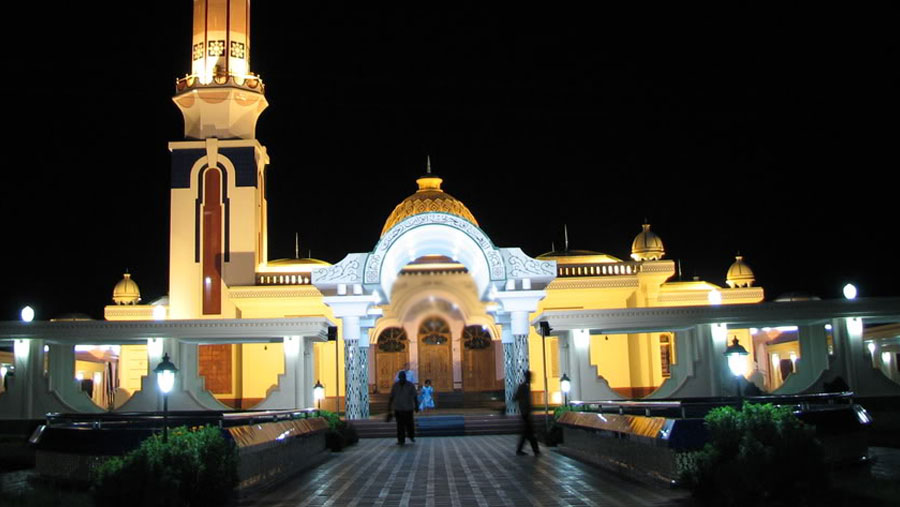 The holy Eid-e-Miladunnabi, marking the anniversary of birth and death of Prophet Muhammad (Peace Be upon Him), was observed in the country on Wednesday (Oct 20) with due religious fervor and festivity.

Thousands of Muslims with banners of different spiritual and social organizations like the Maizbhandar Darbar and other spiritual hubs joined colourful street marches in the capital Dhaka and elsewhere in the country highlighting the Prophet's teachings of universal peace and harmony.

On this day in 570 – the 12th of Rabiul Awal of the Hijri calendar – Hazrat Muhammad (PBUH) was born in Mecca, Saudi Arabia with divine blessings and messages of peace for mankind.

Several government and non-government organizations including the Islamic Foundation chalked out elaborate programmes to mark the day. Marking the day, Islamic Foundation has chalked out a fortnight-long programme, which began on Wednesday. State Minister for Religious Affairs Md Faridul Haque Khan inaugurated the 15-day programme at the Baitul Mukarram National Mosque in the city. The programmes include religious sermons, doa mahfi and milad, seminars, exhibition of Islamic calligraphy and posters based on the life of the Prophet Hazrat Muhammad (PBUH), Islamic cultural competitions, and recitation of the holy Quran and poems on him.

The 15-day long Islamic book fair began on the day on the national mosque premises to mark the birth and demise anniversary of the last and final Prophet Hazrat Muhammad (PBUH).

Some 50 Islamic Missions and seven Imam Training Academies have also chalked out various programmes marking the day. Besides, Qurankhwani, Doa Mehfil and special prayers were held at the Mausoleum of Father of the Nation Bangabandhu Sheikh Mujibur Rahman at Tungipara in Gopalganj district, marking the day.

The spiritual hub of Maizbhandar has also taken various programmes to mark the day. It organized a discussion titled "Significance of Eid-e-Miladunnabi" in the morning. State Minister for Religious Affairs Md Faridul Haque Khan addressed the discussion as the chief guest with incumbent leader of the Islamic spiritual hub Syed Saifuddin Ahmed Maizbhandari in the chair.

The traditional colourful rallies 'Jasne Julush' under the auspices of different organizations including Anjuman-E-Rahmania Mainia Maizbhandaria were brought out from city's Matshya Bhaban to Engineers Institution Bangladesh.