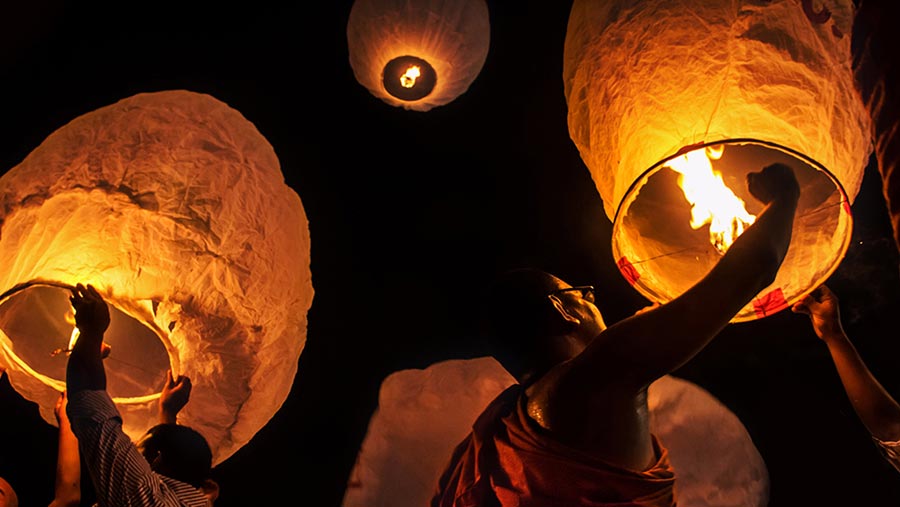 The Buddhist community will celebrate their second largest religious festival, Prabarana Purnima, in the city as elsewhere across the country on Wednesday (Oct 20) with due solemnity amid Covid-19 situation.

The festival is also known as Ashwini Purnima that marks conclusion of the three-month-long seclusion of the monks inside their monasteries for self edification and atonement of their defilement.

The Purnima follows a month-long preaching of sermons by the Buddhist monks for the welfare of every beings and the whole humankind through a month-long yellow robes offering ceremony that begins on the day after the Purnima.

According to the legend, Buddha once clipped some strands of hair from his head and said that if he were qualified to attain supreme wisdom and enlightenment, the hairs would not fall down but go up instead, in the long run which they did.

To mark this event, the Buddhists will release candle-lit air balloons made of coloured paper (fanush) and set free to flow towards the sky in the evening which is the chief attraction of the festival, local media reported.

The Purnima will be celebrated in all monasteries, respective offices of the religious organizations and educational institutions through daylong programmes.  The programmes will begin with the hoisting of the national and religious flags atop all monasteries at dawn and chanting of the sacred verses from the Tripitaka.

Breaking of fasting of the monks, mass prayers, blood donation, Sangadana, discussions, panchashila and pradip puja will highlight the programmes.

A number of Buddhist periodicals will be brought out on the occasion.

Special prayers will be held in all monasteries seeking peace and prosperity of the nation as well as global peace.

Members of the law enforcement agencies have already been deployed in and around all temples in the city and districts for smooth celebration of the festival.