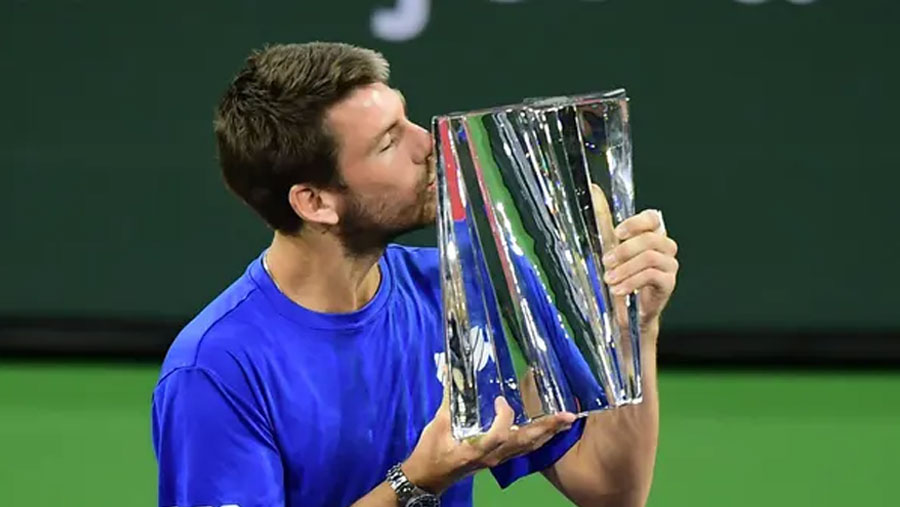 Cameron Norrie became the first Briton to win the Indian Wells title when he fought back from a set and a break down to beat Nikoloz Basilashvili. Norrie, 26, won 3-6 6-4 6-1 against the Georgian to seal one of the biggest titles in tennis.

His exploits in California have propelled Norrie to British number one and he is in the running to reach the elite season-ending ATP Finals.

Norrie will rise to a career-high 16th in the world, having started the year ranked 74th, after a stunning season where he has reached six finals and won 47 matches.

Norrie had led in the first set with an early break but was pegged back as the big-hitting Basilashvili took charge. But the Briton, whose resilience and fitness have been the hallmark of his successful year, broke to love to level and force a deciding set.

The left-hander broke early in the third and saved three break points on his serve to take a 3-0 lead as unforced errors began to mount for the Georgian world number 36, who eventually sent a forehand long on championship point to hand Norrie the biggest title of his career.

"I can't really believe it. If you'd have told me I'd have won before the tournament started I wouldn't have believed you, so it's amazing," said Norrie, who is the first British player to reach the final at one of the elite Masters 1000 events since Andy Murray won in Paris in 2016.