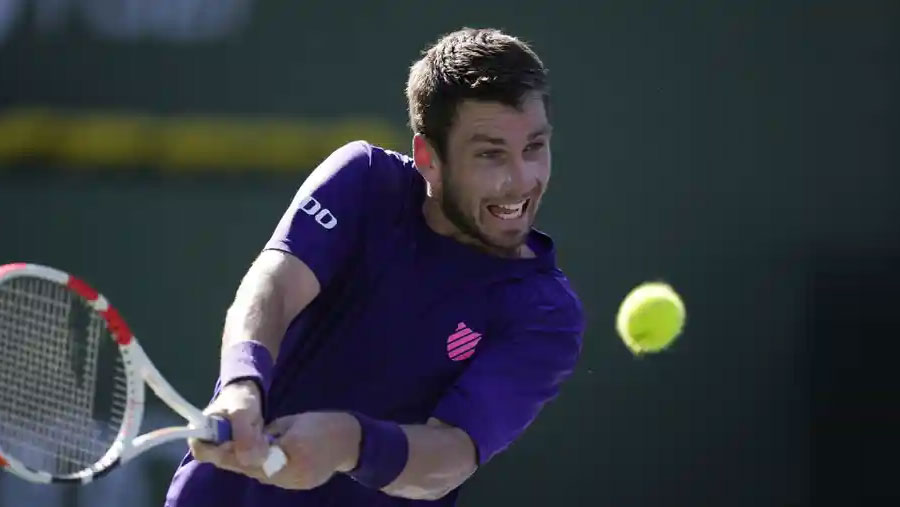 Britain's Cameron Norrie reached his first Masters 1,000 final at Indian Wells as he breezed past Bulgarian Grigor Dimitrov in straight sets. The world number 26 dominated the semi-final to win 6-2 6-4 in California.

Norrie's run means he will replace Dan Evans as British number one and on Sunday he will challenge for the biggest title of his career.

The 26-year-old will face world number 36 Nikoloz Basilashvili in the final, after he beat American Taylor Fritz.

This is the sixth final Norrie has reached on tour this year and the match against world number 28 Dimitrov was the 46th he has won in an impressive season.

Norrie also made it to the third round of every Grand Slam except the US Open in 2021 and is now set to break into the world's top 20 for the first time when the latest rankings are published on Monday.

After battling his way through a demanding opening game to break Dimitrov's serve, Norrie grew in confidence.

Two swift holds and another break put the Briton 4-0 up before the momentum briefly changed hands.

Dimitrov won two games in a row but the 30-year-old swung a forehand wide to immediately hand another break to Norrie, who wrapped up the opening set in 31 minutes.

A lengthy opening game in the second set eventually went to the indefatigable Norrie as he claimed an early break.

Dimitrov put up more resistance as the set went on but Norrie showed grit to save break point and from there stayed composed to hold serve and close out the win.

Should Norrie come out victorious in Sunday's final, he may give himself a chance of qualifying for the season-ending ATP Finals in Turin.

The women's final will also take place on Sunday and features Paula Badosa and Victoria Azarenka.