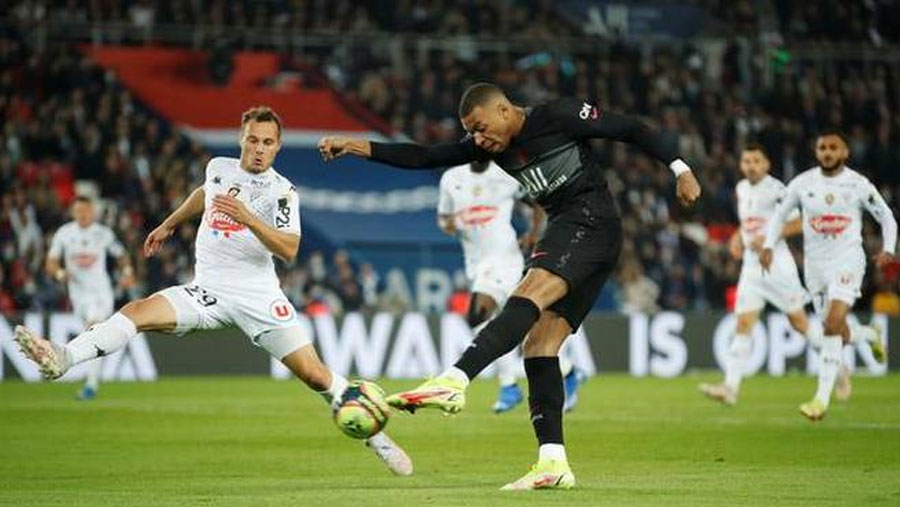 Runaway French leader Paris Saint-Germain needed a late penalty from striker Kylian Mbappe to come from behind and scrape a 2-1 win against Angers on Friday (Oct 15).

Kylian Mbappe scored the winner with an 86th-minute penalty as Ligue 1 leaders Paris Saint-Germain came from a goal down to beat Angers at Parc des Princes.

The hosts were awarded a penalty for handball four minutes from time after the referee checked the pitchside monitor.

Angelo Fulgini had given the visitors the lead in the first half.

Fulgini tapped in from Sofiane Boufal's brilliant low cross 10 minutes before the break against the run of play.

Jimmy Cabot had nicked the ball off Marco Verratti on the edge of the Angers box as the visitors broke on the counter-attack to score.

They failed to manage a shot on target in the first half, but drew level when Pereira's header from Mbappe's cross beat goalkeeper Paul Bernardoni.

After assisting and scoring the winner in Sunday's Nations League final, Mbappe repeated his heroics as he beat Bernardoni from the penalty spot.

The spot-kick was awarded after VAR officials instructed the on-field referee to review Pierrick Capelle's handball from Mauro Icardi's header.

Victory sees PSG move nine points clear at the top of Ligue 1 and avoid back-to-back defeats after their 100% start was ended by Rennes before the international break.