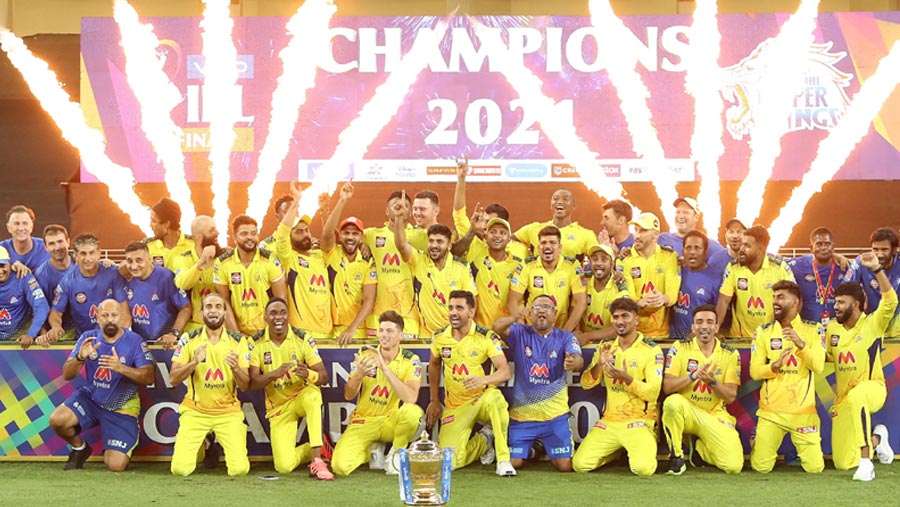 Chennai Super Kings have been crowned Indian Premier League champions for the fourth time after beating Kolkata Knight Riders by 27 runs in the final.

Shubman Gill (51 off 43) and Venkatesh Iyer (50 off 32) hit half-centuries before Kolkata collapsed, losing eight wickets for 34 runs in Dubai.

Dhoni refused to say after whether he was going to retire or play another season, but added that "I haven't left it behind yet" when told he could be proud of his legacy.

For two-time winners KKR, it is a disappointing end after a brilliant comeback in this year's competition.

KKR were second from bottom when the tournament resumed in the United Arab Emirates last month, after it was suspended in May because of a surge in coronavirus cases in India.