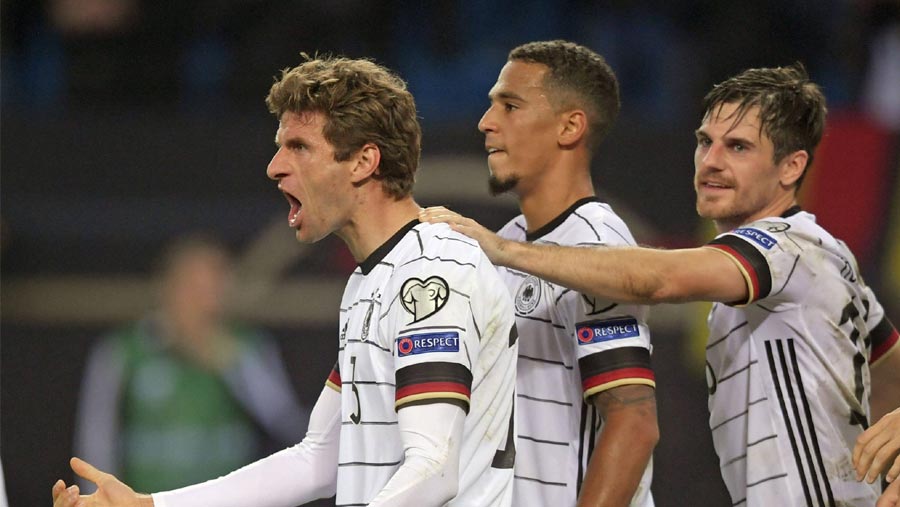 Denmark can qualify for the 2022 World Cup with victory over Austria on Tuesday (Oct 11), while Germany could book a spot in Qatar when they visit North Macedonia on Monday. Belgium could also secure a place in next year's finals if Wales fail to win against Estonia in Tallinn, also on Monday.

However, the Danes are the only side heading into the next round of European qualifiers not needing other results to go their way to progress. The Euro 2020 semi-finalists have impressed with seven straight wins, without conceding a goal, to move seven points clear of second-placed Scotland in Group F.

Group winners qualify automatically for the tournament, with the runners-up heading into playoffs alongside two sides from the Nations League.

The electric atmosphere at Copenhagen's Parken Stadium played a big part in the Danes' European Championship run, which started with the loss to Finland when Christian Eriksen suffered a shocking collapse mid-match.

The last-four defeat by England at Wembley could have derailed Kasper Hjulmand's men, but they are the only country in European qualifying still with a 100-percent record.

Three more points would ensure the next chapter of the team's journey will be at the World Cup. They will also qualify with a draw if Scotland are held by the Faroe Islands, or if the Scots lose.

Denmark could be the first team to join hosts Qatar in reaching the global showpiece, if results do not go Belgium and Germany's way on Monday.

Germany can wrap up top spot in Group J with victory when they visit North Macedonia, if Armenia lose or draw in Romania. The four-time world champions have recovered after a shock home defeat by the North Macedonians in March, winning all four qualifiers under new coach Hansi Flick.

World Cup-winning boss Joachim Loew left after a difficult end to his reign, with that loss to North Macedonia following a 6-0 humbling by Spain, before a last-16 exit at Euro 2020 to old rivals England.

But former Bayern Munich coach Flick has seen young players including Florian Wirtz and Jamal Musiala come through, while wingers Leroy Sane and Serge Gnabry have started to find form.

"The earlier we qualify, the better. Today was a big step. Now we want to make it clear on Monday," Gnabry said after Friday's 2-1 win over Romania.

World number one-ranked side Belgium could also qualify despite not being in action due to their participation in the Nations League finals, where they finished fourth.

Roberto Martinez's men are eight points clear of the Czech Republic and Wales with two matches to play and will be sure of first place if the Welsh drop points in their game in hand against Estonia.

Elsewhere, England could move to the brink of qualification in a home clash with Hungary on Tuesday, when their nearest Group I rivals Albania and Poland meet in Tirana. Sweden are looking to move two points clear of Spain at the Group B summit with victory against Greece on Tuesday.

Switzerland have a chance to edge level on points with European champions Italy in Group C when they take on Lithuania in Vilnius.