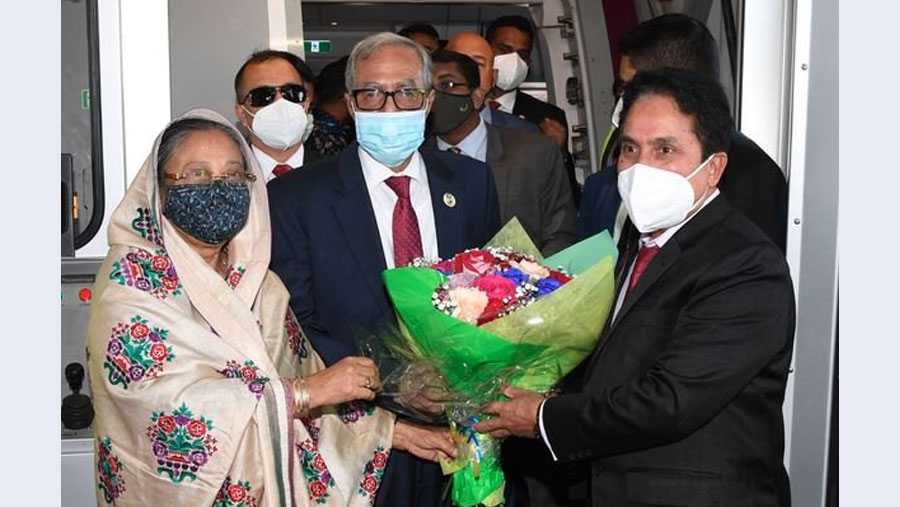 President Md. Abdul Hamid, who is now on a 12-day visit to Germany and the United Kingdom for health checkup and treatment of eyes, reached at Berlin on Saturday (Oct 9) afternoon. A regular aircraft of Qatar Airways carrying the President landed at Berlin Brandenburg Airport at about 1:30 p.m. (Berlin time), a Bangabhaban spokesman quoted President’s press secretary Md Joynal Abedin as saying over phone from there, local media reported.

Bangladesh Ambassador to Germany Mosharraf Hossain Bhuiyan received the President along with his wife Rashida Khanam with a bouquet at the airport.

President Hamid is scheduled to undergo  medical checkup at Charite University Hospital, Berlin. Besides, he is expected to hold a meeting with his German counterpart Frank-Walter Steinmeier on Oct 14 at 7:00 p.m. (local time), the spokesman added.

The head of the state is scheduled to undergo his health checkup at Charite University Hospital in Germany and Eye Hospital in London.

The President is expected to return home by a regular flight of Biman Bangladesh Airlines from London on Oct 22.

The 77-year-old President Hamid has been suffering from Glaucoma for long. He used to have his health checkup in London and Germany while he was the Speaker in the Jatiyo Sangsad.