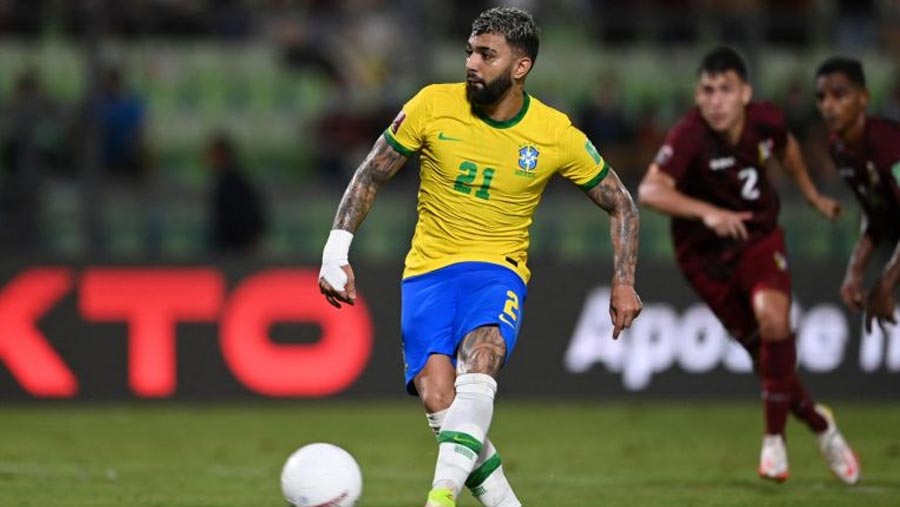 It was a ninth win from nine for the Selecao and extended their lead in the single South American qualifying group to eight points over unbeaten Argentina, who drew 0-0 in Paraguay.

Substitute Antony rubbed salt into unlucky Venezuela's wounds five minutes into injury time to leave the hosts rooted to the bottom of the table.

A three-goal five-minute blitz gave Ecuador a 3-0 win over Bolivia in Guayaquil.

Michael Estrada opened the scoring before an Enner Valencia brace put the game to bed inside 20 minutes and sent Ecuador up to third.

In Montevideo, Uruguay dominated Colombia but had to settle for a scoreless draw that left them fourth and fifth, battling for the last automatic qualification spot.

Luis Suarez had a goal ruled out for a narrow offside and also missed a sitter, opening his foot too far when trying to curl the ball into the far corner.

Goals from Christian Cueva and Sergio Pena gave Peru a 2-0 win over Chile in Lima.