France fight back from 2 goals down to stun Belgium 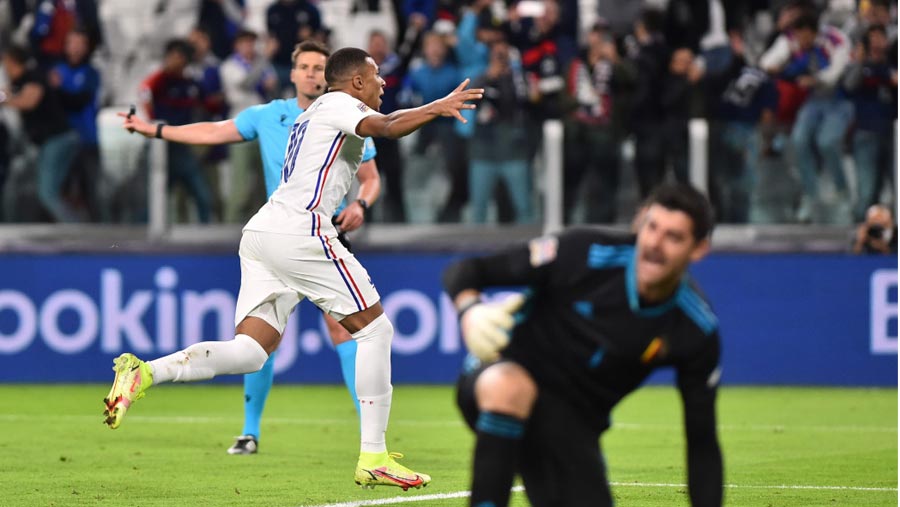 World champions France recovered from two goals down to beat Belgium 3-2 in a thrilling Nations League semi-final on Thursday (Oct 7) with a last-minute strike from Theo Hernandez securing a place in Sunday's showpiece match against Spain.

Theo Hernandez shot France into a Nations League final with Spain on Thursday (Oct 7) with a last-gasp strike which earned Les Bleus a thrilling 3-2 win from two goals down against Belgium.

AC Milan full-back Hernandez netted his first France goal in the 90th minute of his second international appearance after France had come back from 2-0 down at half-time through strikes from Karim Benzema and Kylian Mbappe.

Didier Deschamps' side will face La Roja in Sunday's final at the San Siro in Milan after an exciting encounter which Belgium thought they had won in the final minutes when Romelu Lukaku netted from Yannick Carrasco's cross.

However with the Red Devils players still celebrating, Lukaku's first-time finish was ruled out for offside.

And with the match looking like it was heading to extra-time, Hernandez collected the ball on the left before rifling home the winner.

He had started the match alongside his brother Lucas Hernandez, making the pair the first two brothers to play for France since Herve and Patrick Revelli featured in a friendly against Romania in 1974.

It started well for Belgium, who took a 37th-minute lead when Yannick Carrasco cut in from the left and drilled in a finish at the near post, wrongfooting goalkeeper Hugo Lloris.

Just four minutes later, Roberto Martinez's side doubled their advantage as Romelu Lukaku latched on to Kevin de Bruyne's through ball and fired a blistering shot into the roof of the net.

The final takes place at the San Siro on Sunday (Oct 10), while the third-place play-off between Belgium and European champions Italy is in Turin on the same day.