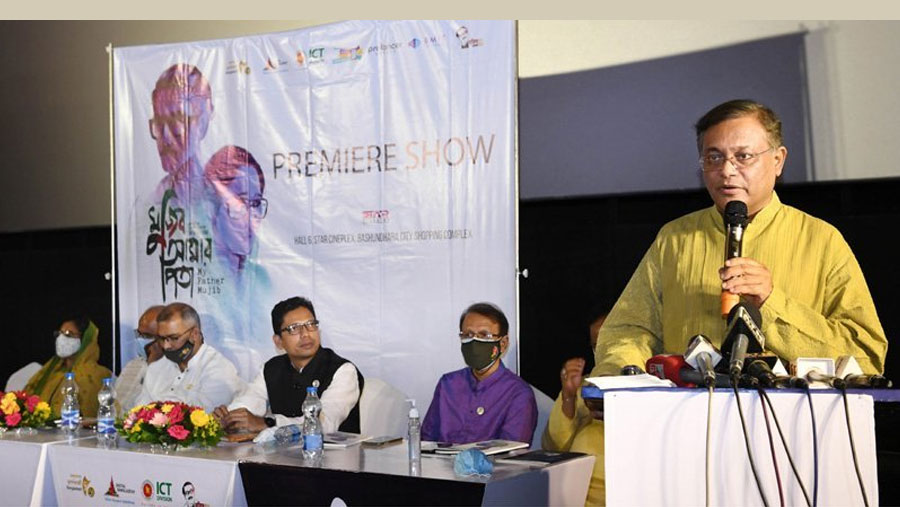 'Mujib Amar Pita', the animated film based on the book 'Sheikh Mujib Amar Pita' written by Prime Minister Sheikh Hasina has been released on Tuesday (Sep 28). Information and Broadcasting Minister Dr Hasan Mahmud inaugurated the exhibition of the film at Star Cineplex at Bashundhara City at Panthopath in the capital, local media reported.

The film produced by Information and Communication Technology (ICT) Division and directed by Sohel Rana.

Hasan, also Awami League joint general secretary, extended thanks to all who were involved in making the film.

He said that from medium of exhibition to make everything has been changed. In this perspective, the film would play a pivotal role, he added.

Hasan said that there is no alternative to Prime Minister Sheikh Hasina to fulfill the dream of Father of the Nation Bangabandhu Sheikh Mujibur Rahman.

Palak urges all to practice cultural activities to refrain from fundamentalist activities.