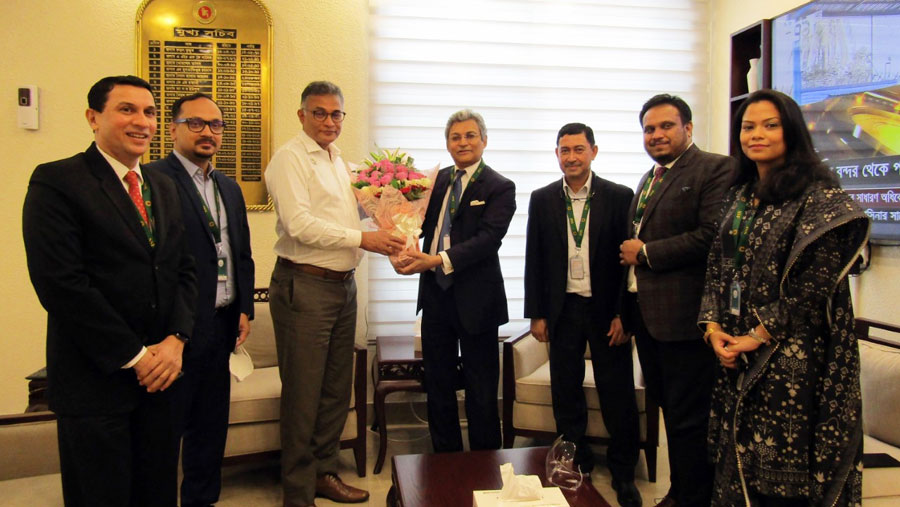 The newly-elected office-bearers of the Bangladesh Employers' Federation (BEF) led by its President Ardashir Kabir paid a courtesy call on Dr Ahmad Kaikaus, Principal Secretary to the Prime Minister, at his office on Wednesday (Sep 22).

The BEF team discussed various issues and received guidance from the Principal Secretary, who is also the executive committee chairman of the National Skills Development Authority (NSDA).

The incumbent BEF president is the Vice-President of the NSDA, the release added.