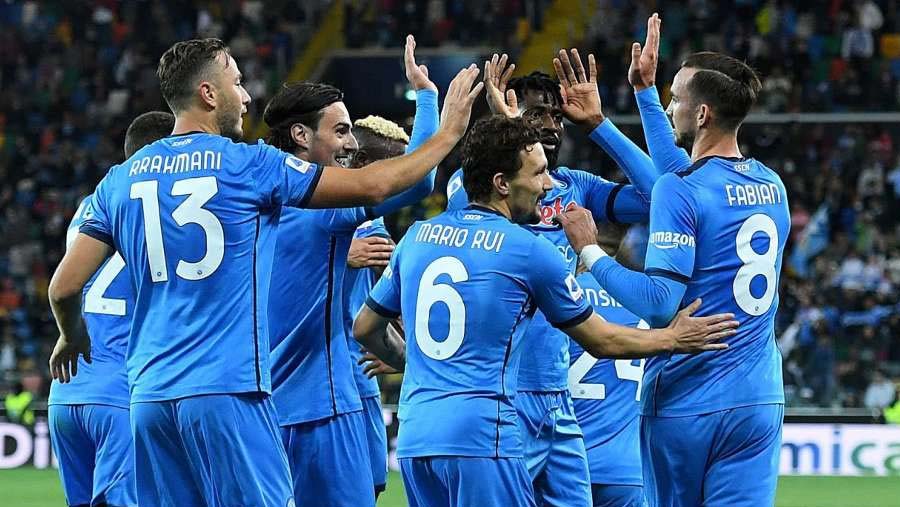 Napoli moved top of Serie A on Monday (Sep 20) thanks to a 4-0 stroll at Udinese which made sure they maintained their 100 percent start to the season. Goals from Victor Osimhen, Amir Rrahmani, Kalidou Koulibaly and Hirving Lozano earned Luciano Spalletti's side an impressive win at the Dacia Arena which gives them a perfect 12 points from four games, two points ahead of Inter Milan and AC Milan, who sit second and third respectively. Roma are a further point back alongside Fiorentina as Napoli remain the only team to win all of their matches so far this term in Italy's top flight. Udinese meanwhile sit seventh, level on seven points with Lazio, Atalanta and Bologna.

Napoli maintained their perfect start to the Serie A season with a rampant 4-0 victory at Udinese on Monday (Sep 20), making it four straight wins to lead the standings.

Victor Osimhen broke the deadlock in the 24th minute, getting the final touch on the line after Lorenzo Insigne had lofted an effort towards goal, while Amir Rrahmani added a second 11 minutes later from a well-worked free kick.

Defender Kalidou Koulibaly got the third seven minutes into the second half with another fine finish as Napoli threatened to run riot. But the visitors had to settle for one more goal, saving the best for last as substitute Hirving Lozano curled a sumptuous fourth into the net late on to put the icing on the cake.

The result moved Napoli above champions Inter Milan into top spot as the only team with a 100% record, while Udinese's first loss of the season leaves them eighth with seven points.