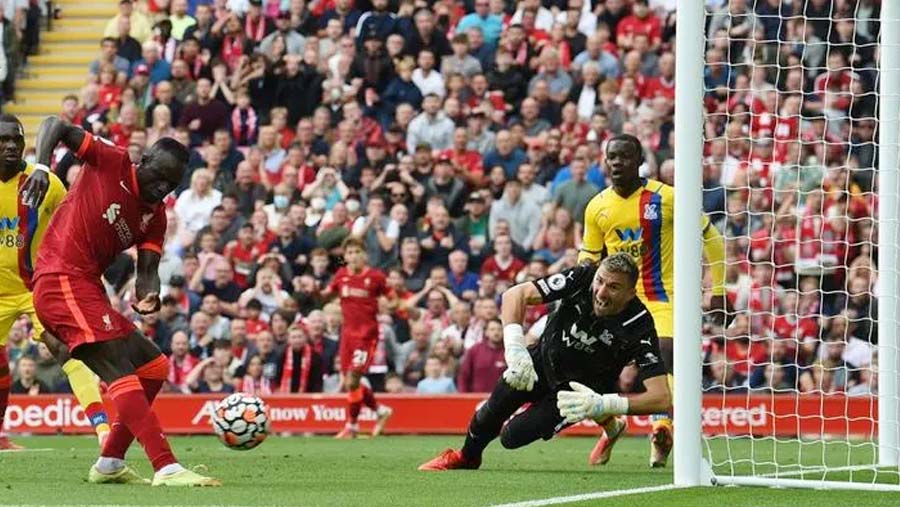 Sadio Mane scored his 100th Liverpool goal as the Senegal star inspired a 3-0 win against Crystal Palace that sent his side top of the Premier League on Saturday (Sep 18). Mane's milestone strike came in his 224th appearance for the Reds, breaking Palace's rearguard action late in the first half at Anfield. Egypt forward Mohamed Salah and Guinea midfielder Naby Keita netted in the second half to move Jurgen Klopp's team three points clear of second-placed Manchester City.

Liverpool remain unbeaten in the Premier League this season after Sadio Mane scored his 100th goal for the club in a victory against Crystal Palace.

Jurgen Klopp's side created numerous chances against a resilient Palace before Mane pounced on a rebound at the back post in the first half.

Mohamed Salah doubled their lead with just over 10 minutes remaining when he smashed home a flick-on from a corner, before Naby Keita's late curling strike made it 3-0.

Liverpool were wasteful in the first half as Diogo Jota fired over the bar from a few yards out in a glorious position, while Thiago and Jordan Henderson were also denied by keeper Vicente Guaita.

Palace had started brightly – hitting the post twice in as many minutes as Liverpool failed to clear their lines in the box – but the hosts' persistence eventually paid off.

In the end it was a comfortable victory that capped a good week for Liverpool at Anfield, following their dramatic 3-2 win over AC Milan in the Champions League on Wednesday.

And it means they go top of the table with four wins from their opening five games, while visitors Palace remain outside the top 10.