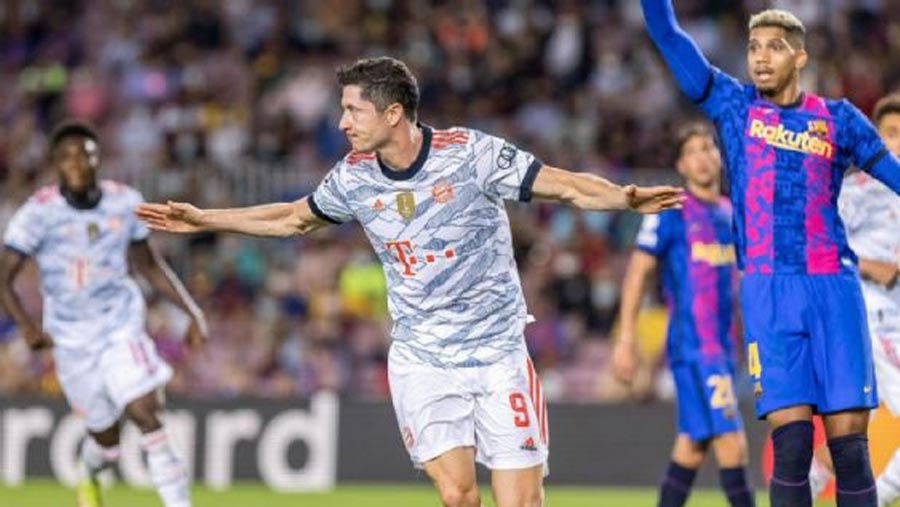 Goals from Thomas Muller and Robert Lewandowski settled a battle of the big two in Champions League Group E as Bayern Munich claimed a dominant opening-game victory at Barcelona.

The German champions controlled the game, with Muller scoring his seventh career goal against Barca courtesy of a first-half effort that found the net off Eric Garcia's back.

Lewandowski made sure of the win with a typical predatory finish, poking his 74th Champions League goal into an empty net after Jamal Musiala's drive had cannoned back off the post.

His 75th came late in the game, as he once again showed his talent in front of goal with a lashed finish after Serge Gnabry's shot had come back off the post and fell to him in the box.

Barca, playing their first Champions League since the departure of talisman Lionel Messi, were flat and offered little, failing to muster a single shot on target.

The Catalan side have now lost three consecutive home games in European competition for the first time in their entire history.

They ended the game with four teenagers on the pitch, which did at least inject some urgency and lift a subdued crowd of just short of 40,000 because of Covid-19 restrictions.

But they were still thoroughly outclassed and by a Bayern team that were not even at their best.

The German side lead the group, with the other game, between Benfica and Dinamo Kiev, finishing 0-0.