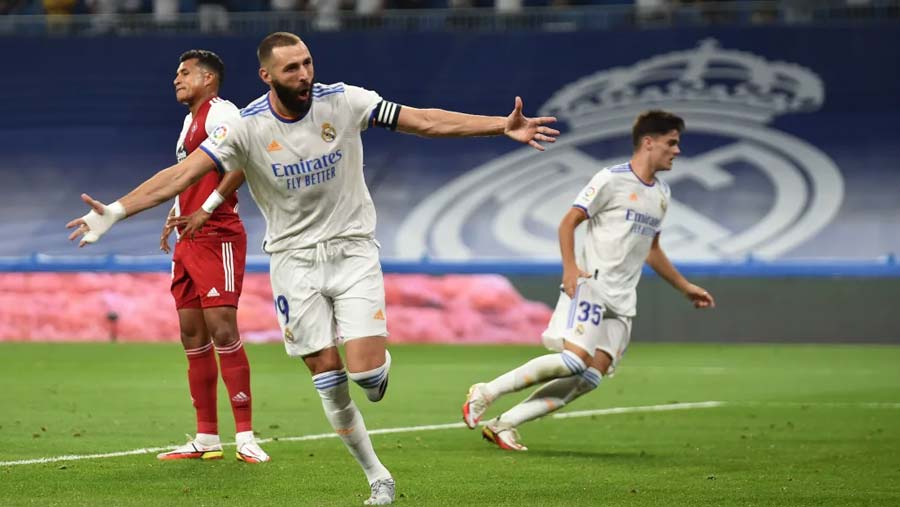 Real Madrid returned to the Santiago Bernabeu after 560 days away and Karim Benzema ensured it was a happy homecoming as his hat-trick inspired a thrilling 5-2 fightback against Celta Vigo on Sunday (Sep 12).

Karim Benzema scored a hat-trick as Real Madrid twice came from behind to beat Celta Vigo in their first match at the Bernabeu in 560 days.

Benzema scored either side of a Franco Cervi strike after Santi Mina had given the visitors the lead on four minutes. Vinicius Junior added a third for Real before teenager Eduardo Camavinga scored six minutes into his debut.

Benzema sealed his hat-trick with an 87th-minute goal as Carlo Ancelotti's side moved top of La Liga.

Despite ongoing construction work, 30,000 supporters were welcomed back to the Bernabeu as Los Blanco played their first match there since beating FC Barcelona in El Clasico on Mar 1, 2020.

The victory moves Real to the top of the table on goals scored, level on points with Valencia and Atletico Madrid.