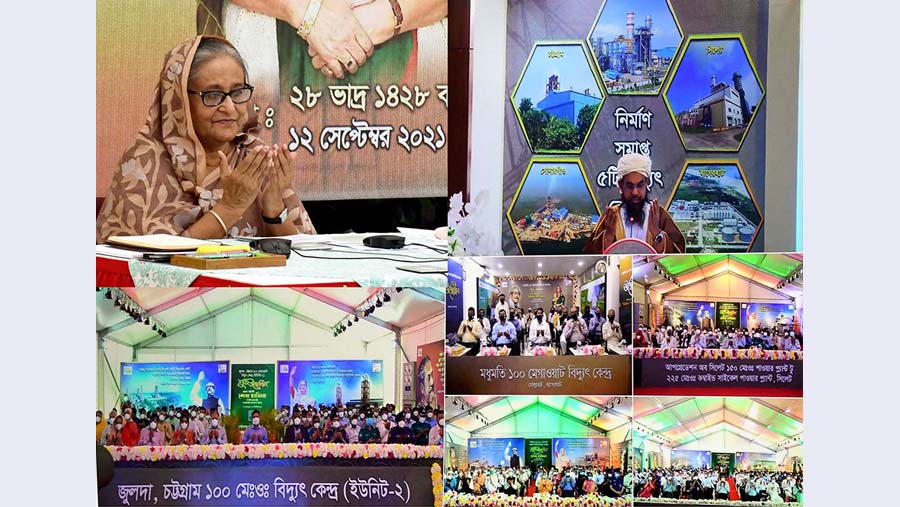 The premier joined the opening ceremony virtually from her official residence Ganabhaban as the chief guest, local media reported.

According to the ministry of power, the government has successfully installed 119 power plants with a capacity of 20,293-MW electricity production after assuming the office in 2009.

It said the government, under the dynamic leadership of Prime Minister Sheikh Hasina, had a target to generate 24,000-MW electricity by 2021, but the target has exceeded before the stipulated time.

Talking to media, State Minister for Power, Energy and Mineral Resources Nasrul Hamid said the electricity generation capacity reached 25,235-MW so far (including captive power) which was 4,942-MW in 2009.

"We have brought around 99.5 percent of the population under electricity facilities due to the prudent leadership of Prime Minister Sheikh Hasina," he said.

Nasrul said the Awami League-led government has achieved tremendous successes in the power sector during its last 12 years and has given top priority to the development of the sector considering its importance in the overall enhancement of the country.

"With sincere and relentless efforts by the government, the per-capita electricity generation reached 560 kWh, which was only 220 kWh in 2009. And the system loss was brought down to 8.49 percent from 14.33 percent," he added.