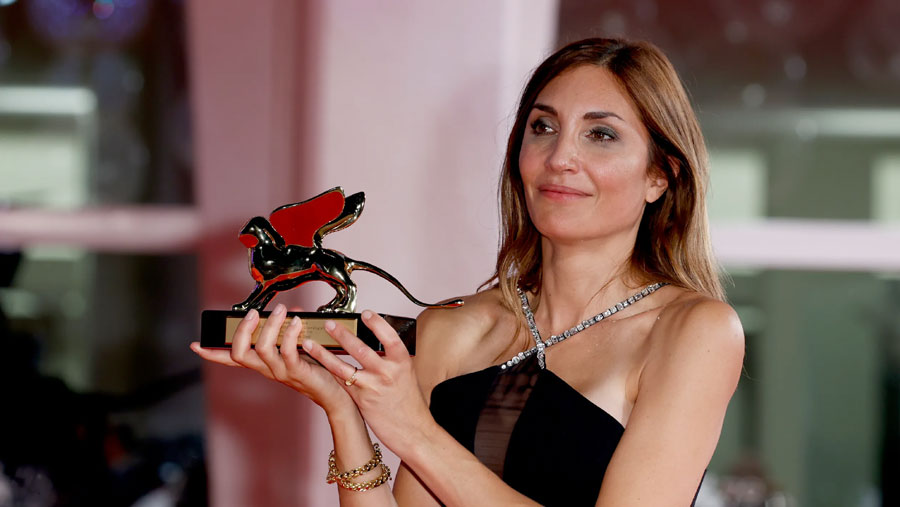 A film about illegal abortions in 1960s France has won the top prize at the Venice Film Festival. Audrey Diwan's Happening (L'Evenement) is about a woman seeking a termination to continue studying.

"I did this movie with anger, with desire, with my belly, my guts, my heart and my head," Diwan said as she accepted the award.

The film comes after controversial new laws banning abortion after six weeks were introduced in Texas.

The 78th edition of the world's oldest film festival wrapped up on Saturday (Sep 11) night, with international celebrities flocking to Venice's red carpet.

The ceremony was a stark contrast to last year's event, when guests had to wear masks during screenings and around half of the seats on the Lido waterfront were left empty due to the coronavirus pandemic.

The winning film, Happening, is based on an autobiographical novel by Annie Ernaux and portrays a young woman seeking a termination to be able to continue her studies, despite the risk of prison or death.

The award was selected by a jury led by Parasite director Bong Joon-Ho.

The second prize, the Silver Lion, was presented to Italian director Paolo Sorrentino for The Hand of God, a film about his youth in the southern city of Naples.

Other women filmmakers were also honoured during Saturday's ceremony, with New Zealand's Jane Campion picking up the best director award for The Power of the Dog, starring Benedict Cumberbatch. Maggie Gyllenhaal, meanwhile, was awarded the best screenplay prize for The Lost Daughter, which features Olivia Colman.

Penelope Cruz won the award for best actress for her role in Parallel Mothers, directed by Spanish director Pedro Almodovar. Best Actor went to Filipino actor John Arcilla for his role in crime thriller On the Job: The Missing 8.

Last year's top prize was given to Nomadland, a US film about a widow living as a nomad after the 2008 financial crisis.

Coppa Volpi for best actor
John Arcilla for  On The Job: The Missing 8