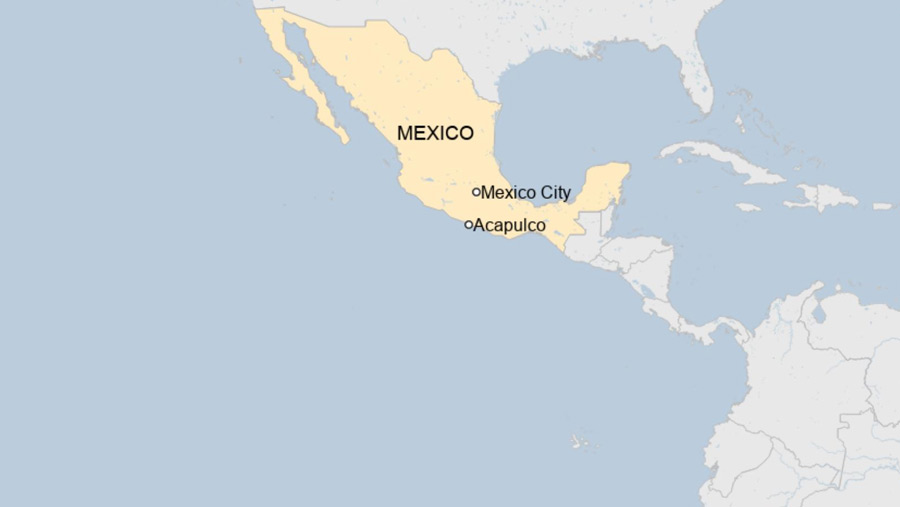 A powerful earthquake struck the Southwest of Mexico late Tuesday (Sep 7), causing widespread shaking as far away as Mexico City and killing at least one person.

The United States Geological Survey said the 7.0 magnitude quake struck 2.5 miles (4 kilometers) East-northeast of Los Organos de San Agustin, about eight miles from the Pacific Coast beach resort city of Acapulco. It was measured at an initial depth of 7.8 miles (12.6 kilometers). At least 92 aftershocks were recorded, including one with a magnitude of 5.2, the Mexican State Civil Protection Secretariat said.

In Mexico City, alarms could be heard shortly before the ground started shaking. The National Oceanic and Atmospheric Administration initially issued a tsunami warning, but it was later called off.

The lone fatality reported was a 19-year-old man named Eliodoro Hurtado, who died in the Mexican state of Guerrero.

Mayor Claudia Sheinbaum said there were no initial reports of major damage in the capital, which is about 231 miles (372 kilometers) from the epicenter. In a post on social media, Sheinbaum said that many people had lost electricity and authorities were working to restore power. The city's metro service said in a statement that train services had been resumed following a safety review.

Around 1.6 million customers were estimated to be without electricity in Mexico City and throughout four states, the country's state-owned utility service, Federal Electricity Commission (CFE) said in a statement. CFE said it was working to restore power to the impacted regions.

Earthquakes are not uncommon in Mexico because of its location at the edge of the North American tectonic plate. Two major quakes struck the country in September 2017, and on Sep 19, 1985, a magnitude-8.0 temblor killed an estimated 9,500 people in and around Mexico City. That quake left a huge scar on the city, resulting in changes in building codes and greater protections against earthquakes.