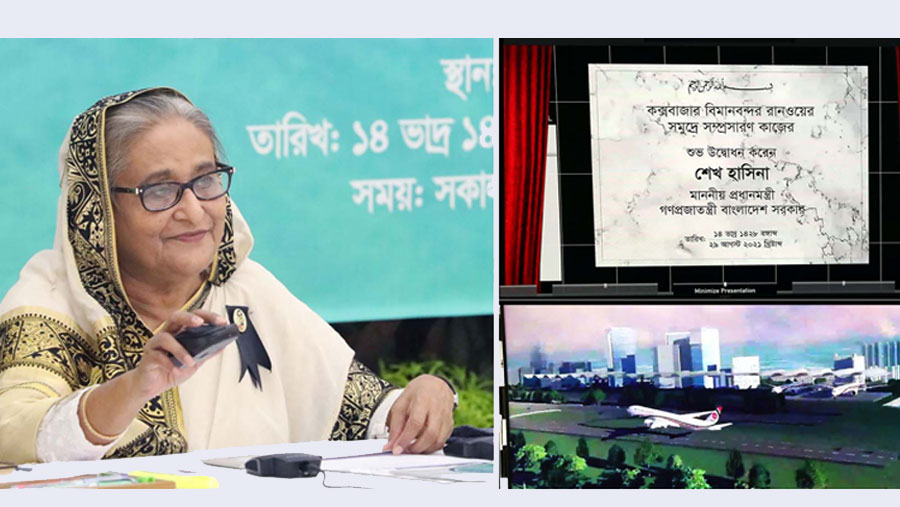 The government has taken the initiative to upgrade the airport through extending its runway by reclaiming land from the sea so the international flights operated by wide body aircraft can land at the airport.

After completion of the project, the new 10,700 feet runway will allow wide-bodied aircraft like Boeing 777 and 747 to operate at the airport paving the way for operation of international flights.

A video documentary regarding activities for development of the civil aviation sector by Father of the Nation Bangabandhu Sheikh Mujibur Rahman and her elder daughter incumbent Prime Minister Sheikh Hasina at the function.

The CAAB signed a deal for the project with the Chinese joint venture of Changjiang Yichang Waterway Engineering Bureau (CYWEB) and China Civil Engineering Construction Corporation (CCECC) on February 9 this year.

The project is scheduled to be completed by May 2024. The project was approved by the government on Nov 4, 2018.

The detailed design and construction of temporary facilities, including a site office, road networks, jetty, and concrete batching plant had been substantially completed.

After completion of the project, tourists from different countries can directly reach Cox’s Bazar as a tourist destination.

The project is an important advancement towards the government's vision to make Cox’s Bazar a single tourism hub for the inbound tourists here.