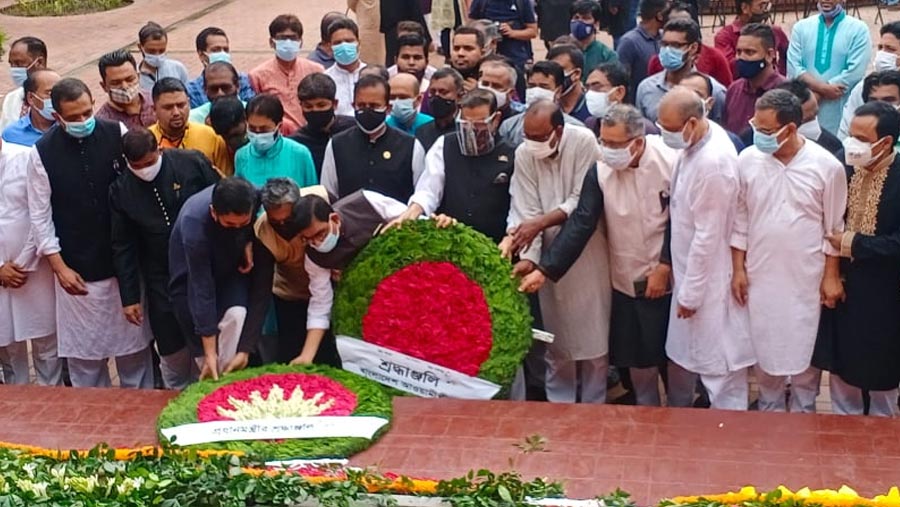 Awami League leaders led by its General Secretary and Road Transport and Bridges Minister Obaidul Quader placed the wreath at the grave of the poet on DU central Mosque premises.

After paying homage to the national poet, they also offered Fateha and joined a doa mahfil there.

During the time, Obaidul Quader said, "Today's oath is to uproot the poisonous tree of the communal force imbued with the humanitarian spirit of Kazi Nazrul Islam."

On 12 Bhadra of Bangla calendar year (Aug 29 in 1976), Kazi Nazrul breathed his last at the then PG Hospital, now Bangabandhu Sheikh Mujib Medical University Hospital, in the city.