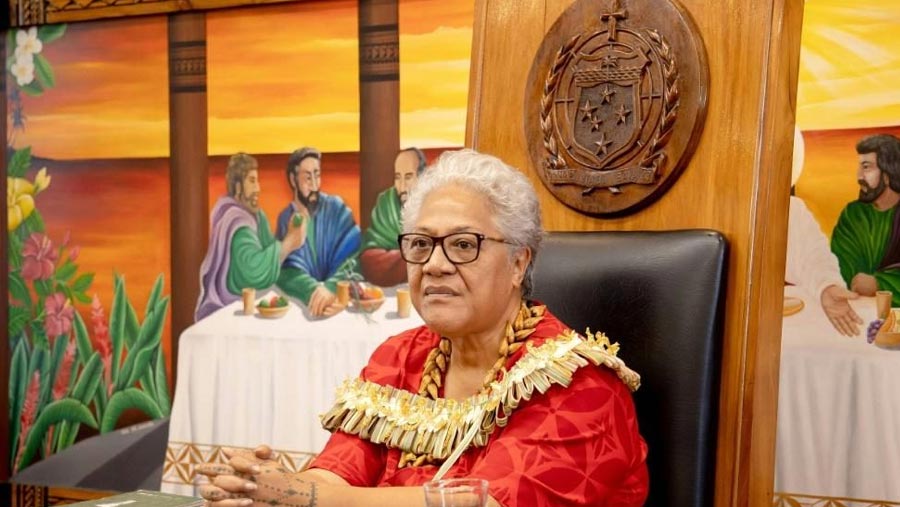 A smiling Fiame Naomi Mata’afa sat in the chair her predecessor had been reluctant to relinquish after 22 years in power. She held her first Cabinet meeting, with members of her FAST Party dressed in the distinctive red clothes that party members and supporters often wear.

Fiame, 64, said they were ready to begin their work.

After a knife-edge election result in April, Fiame’s predecessor Tuilaepa Sailele Malielegaoi refused to concede defeat, despite several court rulings that went against him.

Tuilaepa had two powerful allies in the nation’s head of state and the speaker, who were able to stall the transfer of power.

A bizarre scene played out in May when Fiame and her party were locked out of the Parliament, with Tuilaepa claiming he was still in charge. Both sides accused each other of trying to stage a coup.

Fiame and her party members took oaths and appointed ministers in a ceremony held under a tent in front of the locked Parliament.

Last week, the nation’s top court ruled the unusual swearing-in ceremony that day had been constitutional, and Tuilaepa finally conceded.

Fiame’s election win is seen as a milestone not only for Samoa, which is conservative and Christian, but also for the South Pacific, which has had few female leaders.

Fiame said she didn’t think her gender was a big issue in the election, and that her role in the traditional chiefly system was perhaps more important to voters. But she hoped that she might be a positive role model for Pacific women in other fields, showing what they could achieve.