Osaka sweeps into third round at Olympics 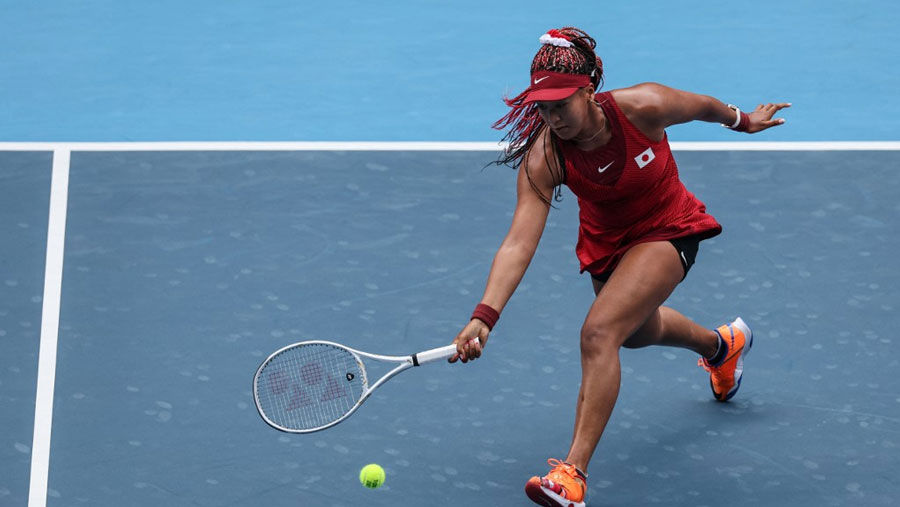 Home favourite Naomi Osaka stepped up her quest for Olympic gold on Monday (Jul 26) as she eased into third round of the Tokyo Games tennis tournament with a 6-3, 6-2 win over Switzerland's Viktorija Golubic.

The Japanese star was playing for the second time in as many days after her first match was put back 24 hours, with Osaka given the honour of lighting the Olympic cauldron in Friday's opening ceremony.

Osaka earned the first break of the match to take a 5-3 lead, saving a break point with an emphatic smash in the following game as she served out to take the first set.

The second seed broke the 50th-ranked Golubic twice in a row to begin the second set, pocketing seven straight games before clinching victory in 65 minutes.

She will meet the winner between 2019 French Open runner-up Marketa Vondrousova and Romania's Mihaela Buzarnescu for a place in the quarter-finals.

Osaka is the highest-ranked player left in the draw following the shock exit of world number one and Wimbledon champion Ashleigh Barty in the first round.