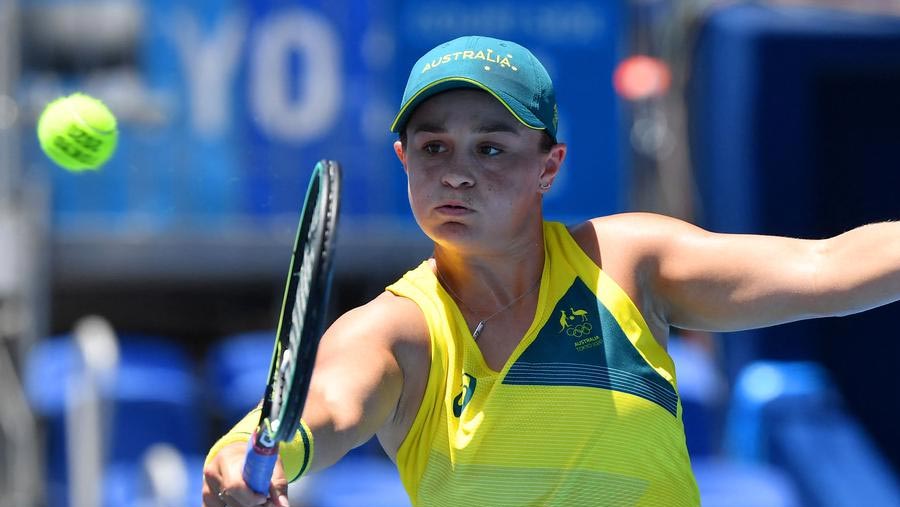 Japan’s Naomi Osaka won in straight sets on her highly-anticipated return to court at the Tokyo Olympics on Sunday (Jul 25), while world No 1 Ashleigh Barty crashed out in the first round.

World number one Ashleigh Barty was stunned by Sara Sorribes Tormo of Spain in the first round of women's Olympics singles in Tokyo.

Australian Barty, who won her second Grand Slam title at Wimbledon in July, cut a frustrated figure in her 6-4 6-3 loss to 48th-ranked Sorribes Tormo.

The victory is the biggest of Sorribes Tormo's career.

Osaka, who lit the Olympic flame in the opening ceremony, is the highest-ranked player remaining in the draw.

Barty will still compete in Tokyo after she and Storm Sanders reached the second round of the women's doubles on the first day.

She put in an error-strewn performance against Sorribes Tormo, making 55 unforced errors to the Spaniard's 13.

"It's something I've been dreaming all my life, being here and, even more, beating a number one," Sorribes Tormo said.

"It's an amazing feeling. I still can't believe it."

Spain's Carla Suarez Navarro claimed her first singles victory since her recovery from cancer as she beat Tunisia's Ons Jabeur 6-4 6-1.

Players were given a 10-minute break between the second and third set once the reading went above 30.1C, with change of ends and set breaks also extended by an extra 30 seconds.

World number one Novak Djokovic and Daniil Medvedev both complained about the heat during their first-round matches.