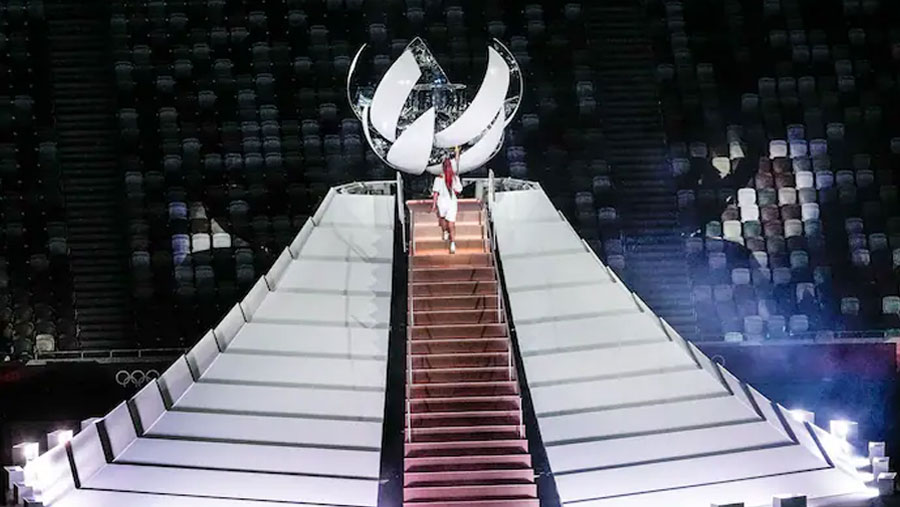 The honour fell to Naomi Osaka to light the flame, the beacon of hope the Olympics attempts to be.

It marked the official opening of Tokyo 2020, a year later than planned, and in the midst of a global pandemic.

Perhaps as expected, Friday's opening ceremony was not of the usual ilk. No carnival like Rio, no skydiving monarchs like London, but a more sombre tone, a sobering reminder that this is a Games taking place in a world still facing its toughest challenge.

"Today is a moment of hope," said Thomas Bach, president of the International Olympic Committee (IOC).

"Yes, it is very different from what all of us had imagined. But let us cherish this moment because finally we are all here together."

This Games is going to be different, dampened by masks, positive tests and the absence of fans. But it is still the Olympics; still the greatest show on Earth, still faster, higher, stronger and now together.