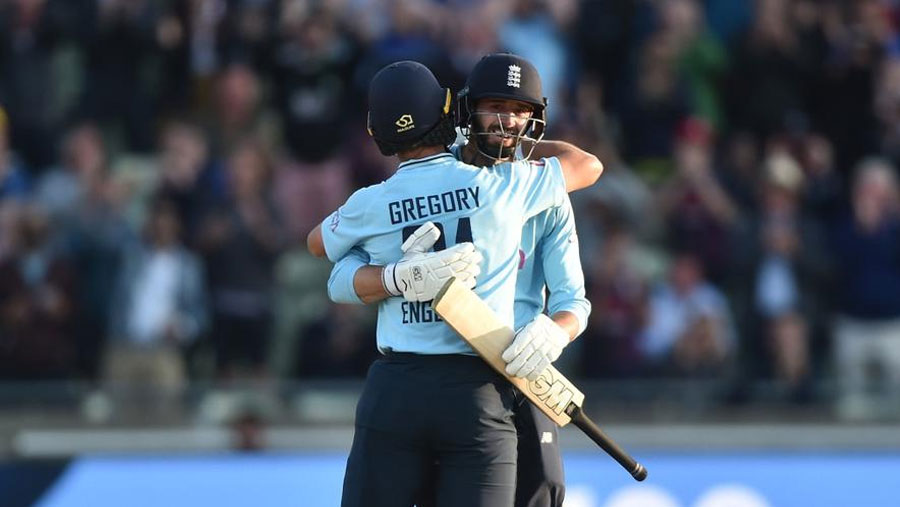 James Vince hit his first international century as England pulled off an electrifying chase of 332 against Pakistan to complete a 3-0 clean sweep in the one-day international series.

Vince, so often criticised for his inconsistency, scored 102 from 95 balls as his side won by three wickets, despite a supreme 158 by Pakistan captain Babar Azam.

After an action-packed start to their chase, England were 165-5 in the 24th over before Vince put on 129 with Lewis Gregory to delight the raucous Edgbaston crowd.

With 38 runs needed from 48 balls, Vince hit Haris Rauf to mid-on and Gregory fell for 77 from 69 balls in the Pakistan fast bowler's next over to set up a tense finish.

It was the highest successful chase at Edgbaston after Pakistan posted 331-9 from their 50 overs – an innings built around a partnership of 179 between Babar and Mohammad Rizwan, who scored 74 from 58 balls.

Victory gives world champions England maximum points as they look to qualify for the 2023 World Cup.

The sides meet in a three-match Twenty20 series next, starting on Friday (Jul 16).