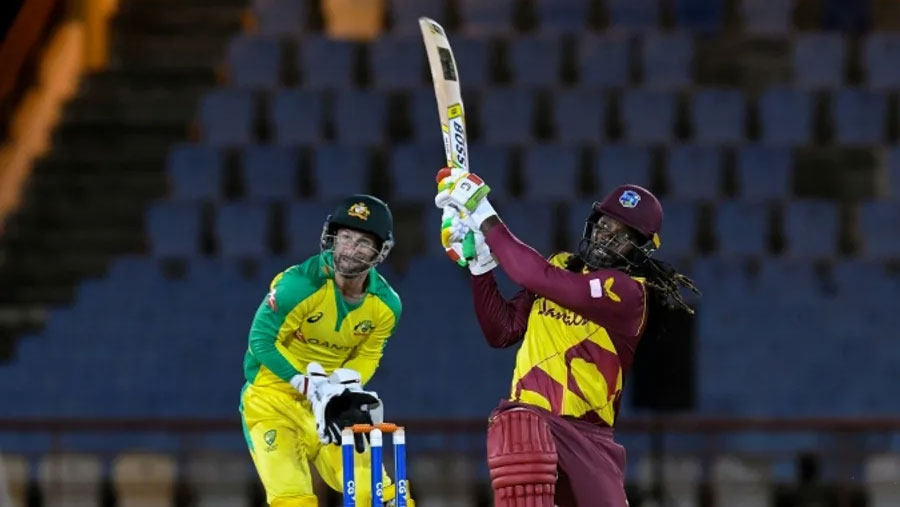 Chris Gayle's first Twenty20 International half-century in six years paced the West Indies to a series-clinching six-wicket victory over Australia in the third fixture of their five-match series at the Daren Sammy Stadium in St Lucia on Monday (Jul 13).

Chasing a modest target of 142 after the tourists struggled yet again with the bat, Gayle recaptured his most destructive form in smashing seven sixes and four fours in racing to 67 off only 38 balls to take his team to the target and a 3-0 lead in the series.

He also sent an ominous warning to all opponents that the 41-year-old could yet be a factor in the Caribbean side's defence of the World T20 title in three months' time.

Gayle's pyrotechnics followed another efficient West Indies performance in the field, as wrist-spinner Hayden Walsh again presented the most effective challenge to the Australians, with figures of two for 18 in limiting the visitors to 141 for six.

All-rounder Moises Henriques topscored with 33 and struck the only two sixes of his team's innings, the first coming off the final delivery of the 16th over.