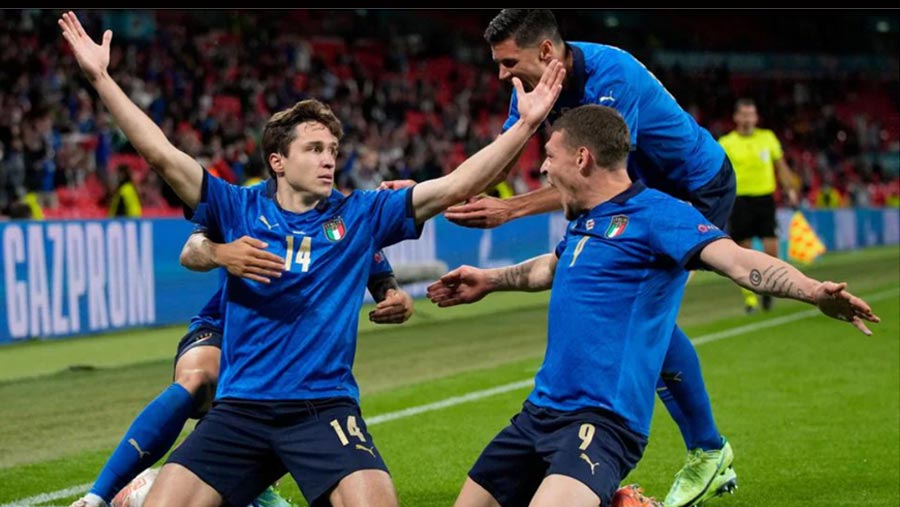 Italy set a new national record after extending their unbeaten run to 31 games with a 2-1 extra-time win against Austria in the last 16 of Euro 2020.

Roberto Mancini's side equalled the record that has stood since 1939 with a 1-0 win over Wales in their final group game last weekend, but surpassed it with a hard-earned victory at Wembley on Saturday (Jun 26).

The game finished goalless after 90 minutes, but strikes from Federico Chiesa and Matteo Pessina were enough to send the Azzurri through to the last eight, despite Sasa Kalajdzic's header ending a run of 1,168 minutes without conceding a goal.

Mancini's side have broken a record that has stood for 82 years.

Vittorio Pozzo was the coach as Italy went four years without defeat between October 1935 and July 1939.

In that time they won their second consecutive World Cup and won the gold medal in the Olympics in 1936.

Italy have lost just two matches since Mancini took charge in May 2018, and the last team to get the better of them was Portugal in a Nations League match in September of that year.

The Azzurri's record-breaking run includes 12 successive victories stretching back to a Nations League draw with the Netherlands in October 2020.

The previous 11 games all included clean sheets and it looked like a 12th was on the way at Wembley, but Kalajdzic's stooping header in the second half of extra-time finally breached the Italian backline after 1,168 minutes.

Italy were overwhelming favourites going into the tie but were made to work hard by a determined Austria side.

They looked set for a shock exit when Marko Arnautovic seemingly headed Austria in front – but the goal was chalked for offside following a lengthy VAR check.

A tight and tense game went to extra time, and Italy finally broke the deadlock thanks to a fine volley by Chiesa from a tight angle.

Pessina doubled their lead shortly before half-time in extra time, though Kalajdzic's header after the break made for a nervy finish.

Italy held on though to set up a quarter-final against Portugal or Belgium in Munich on Friday.