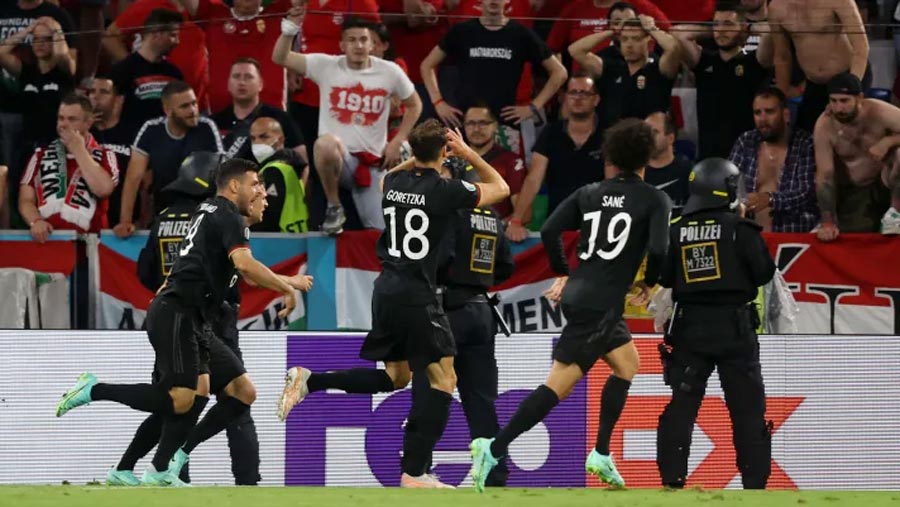 Germany survived a massive scare to salvage a 2-2 draw with Hungary at the Allianz Arena on Wednesday (Jun 23) night, booking a last 16 spot against England and sending their opponents out of Euro 2020 in the process.

Germany will face England in the last 16 of Euro 2020 after twice coming from behind to knock battling Hungary out of the tournament.

An outstanding header by Adam Szalai, who plays his club football in Germany for Mainz, had given Hungary a shock lead in Munich. Andras Schafer thought he had won it for the Hungarians with a header – 90 seconds after Kai Havertz had equalised – before substitute Leon Goretzka made it 2-2 six minutes from the end.

It means Germany finish second in Group F and will now meet Gareth Southgate's England at Wembley in a hugely anticipated last-16 match next Tuesday (Jun 29).

The two games in Group F on Wednesday night were seesaw affairs, with the Portugal-France game also ending 2-2, meaning France top the group and will face Switzerland. Portugal will tussle with Belgium.