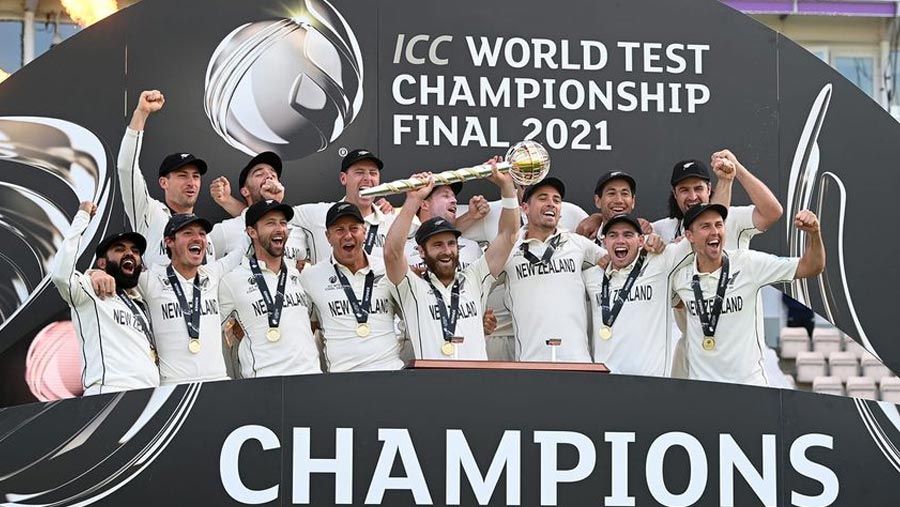 The weather-disrupted final marked the culmination of a two-year cycle of the WTC, which was launched in 2019 to create test cricket's pinnacle event.

Chasing 139 for victory in a low-scoring match, New Zealand romped home in the final session of the reserve day, which was activated to make up for lost time in the first five days.

Their all-seam attack set up the victory by bowling out India for 217 and 170 in the game which lost two full days to rain.

New Zealand lost in the finals of the last two 50-overs World Cups.