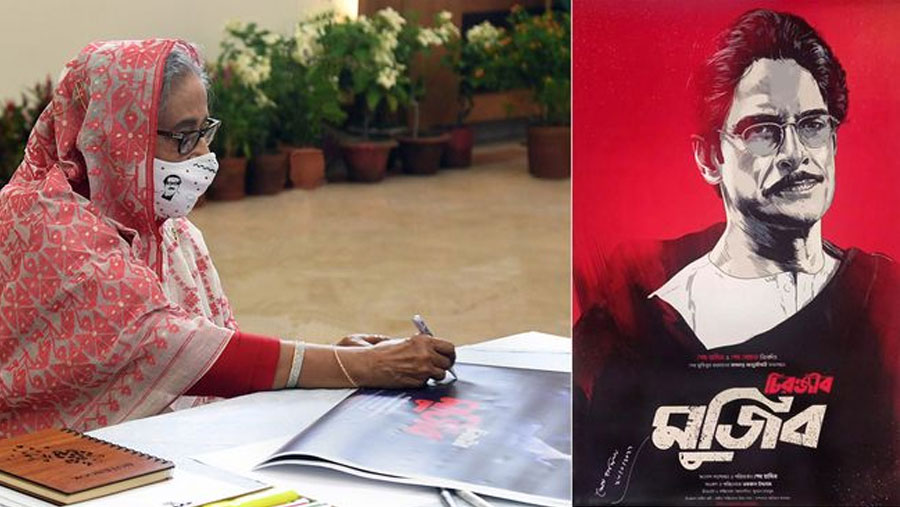 Prime Minister Sheikh Hasina on Wednesday (Jun 23) released the posters of a feature film titled "Chironjib Mujib" based upon the "Ausamapta Atmajiboni" (The Unfinished Memoirs), an autobiography of Father of the Nation Bangabandhu Sheikh Mujibur Rahman. The premier released three posters of the film through signing from her official Ganabhaban residence in the capital in the morning.

PM's Speech Writer and Director of the film Nazrul Islam was, among others, present on the occasion, local media reported.

The film, dedicated by Bangabandhu's daughters Sheikh Hasina and Sheikh Rehana, made under the banner of Haider Enterprise will be released in August next.