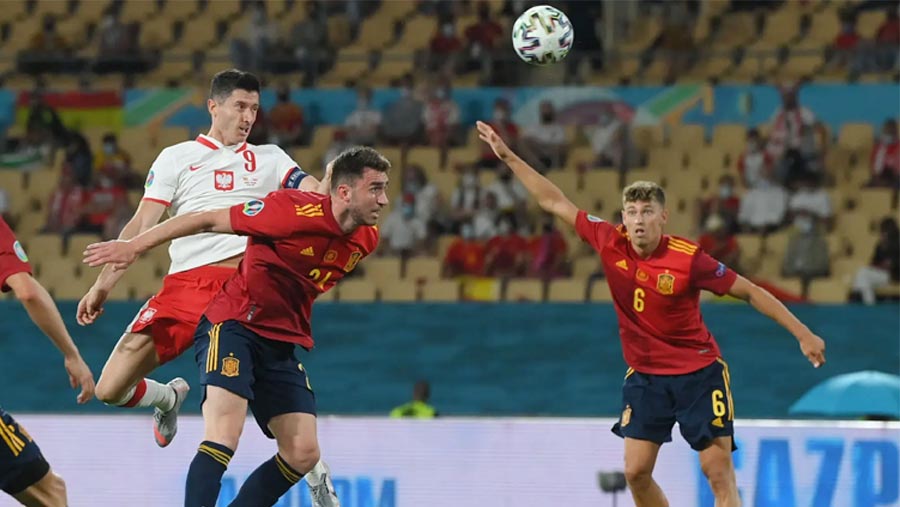 Robert Lewandowski cancelled out Alvaro Morata's opener to give Poland a draw against Spain, Gerard Moreno missing a penalty for the hosts in Seville.

Alvaro Morata got Spain off to the perfect start with the opener on 25 minutes, vindicating Luis Enrique's decision to start him after his catalogue of misses in their opening goalless draw with Sweden.

Lewandowski introduced himself to the tournament in style with an exquisite header early in the second half, as he became the first Poland player to score at three European Championships.

Spain were handed the chance to restore their lead just three minutes later when midfielder Jakub Moder was rather harshly penalised following a VAR review for stepping on Moreno, but having dusted himself down, the Villarreal striker was denied by the post.

The draw keeps Poland's qualification hopes for the knockout stage alive, they remain bottom of Group E, a point and a place behind Spain, with it all to play for in the final group games.