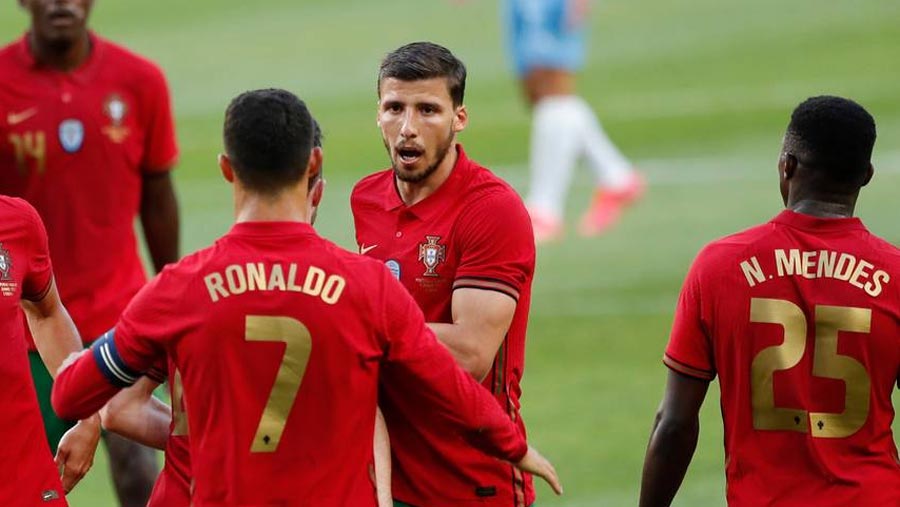 Bruno Fernandes scored twice while Cristiano Ronaldo was also on target as Portugal eased their way to a 4-0 win at home to Israel on Wednesday (Jun 9) as the holders warmed up for the European Championship with a dominant performance. It was Ronaldo's 104th goal for Portugal and took him within five strikes of matching former Iran striker Ali Daei's record as the all-time top scorer in international football.

Bruno Fernandes scored twice and created a goal for Cristiano Ronaldo as Portugal completed preparations for their European Championship defence with a comfortable win against Israel.

Two minutes after finding the bottom corner for Portugal's opener, Fernandes threaded a pass to Ronaldo to double the advantage before half-time.

Portugal start their Euro 2020 campaign against Hungary on Tuesday.