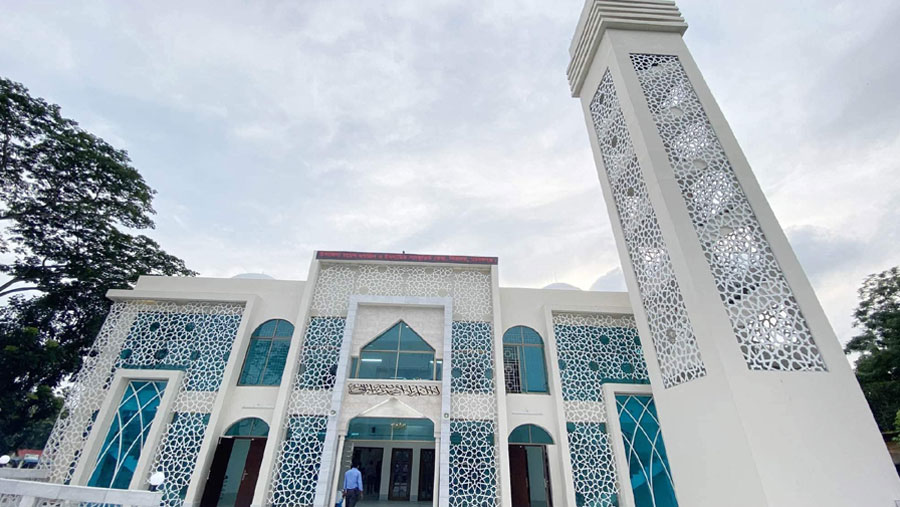 Prime Minister Sheikh Hasina on Thursday (Jun 10) inaugurated 50 model mosques, out of total 560, simultaneously across the country, aimed at preaching the true messages of Islam to eliminate religious misconceptions. On the occasion of “Mujib Barsho”, the Premier opened these model mosques and Islamic cultural centers at a ceremony held at Osmani Memorial Auditorium in Dhaka, joining virtually from her official residence Ganabhaban in the morning, local media reported.

Speaking on the occasion as the chief guest, Sheikh Hasina hoped these model mosques and Islamic cultural centers would do nursing and publicity of Islamic values through spreading Islamic knowledge and culture as well as creating people’s commitment towards honesty and justice.

She urged all to understand the true essence of Islam and refrain from engaging with any unwanted activities such as militancy, terrorism in the name of Islam.

While briefing the newsmen on the premises of Savar Upazila Model Mosque on Wednesday, he said some 50 mosques are prepared under the landmark 560 model mosques considered to be the world’s largest mosques project for inauguration in September under the second phase while another 50 will be opened in December under the third phase.

These 100 more model mosques will also be inaugurated by the end of this year marking the birth centenary of Father of the Nation Bangabandhu Sheikh Mujibur Rahman, added the DPD.

Imbued with the spirit of Islam and following the footsteps of Father of the Nation Bangabandhu Sheikh Mujibur Rahman, Prime Minister Sheikh Hasina has come up with the idea of constructing the 560 model mosques across the country involving Taka 8,722 crore.

Shafique Talukder said “It is the first ever in the world that any government is building such a large number of mosques at a time.”

The purpose of the project is publicity of Islamic brotherhood and its values as well as disseminating the essence of Islam against extremism and militancy as the religion never support those.

It would also put concentration on creating awareness against terrorism and violence against women along with disseminating development activities of the government.

Under category A, some 69 four-storey mosques having the elevator facility and a floor space of 2,360.09 square metres each are being constructed in 64 districts and city corporation areas.